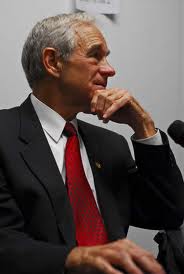 Foreign policy has been given short shrift in the on-going Republican horse race for the presidency, but two candidates have called for a higher bar before going to war. That is a debate this country needs to have, because we haven’t done a very good job of learning from history.

Ron Paul has taken a strong position in favor of non-intervention in most cases, and Jon Huntsman has called for a quicker exit from Afghanistan. Huntsman also expressed opposition to the intervention by U.S. forces in Libya.

Paul, the only Republican representative to vote against the Iraq war, has been the most strident about limiting the use of U.S. military forces. This statement by Paul sums up his beliefs:

“We have totally forgotten that for well over a hundred years we followed the advice of the founders by meticulously avoiding overseas conflicts. Instead we now find ourselves in charge of an American hegemony spread to the four corners of the earth.”

Clearly, these two Republicans mean to reverse the thinking of the neo-conservatives over the last decade, the projection of military power that got us into an unnecessary war in Iraq. They would also repudiate the worn-out containment of communism concept that led us into the Vietnam quagmire.

As this rethinking of our proclivity for wars ensues, the American people and their future leaders need to be mindful of these lessons of military history, some of which I learned on my way to becoming a junior officer in the U .S. Marine Corps, some learned later from our smartest leaders.

On the latter point, the broad support of the American people can only be expressed by a vote of the Congress. Enough already with going to war or into “conflicts” under executive order only.

Our troops are coming home from two wars, into which we poured an estimated $4 trillion and suffered thousands of deaths and crippling injuries. It would be good to hear all the candidates for the presidency express the kinds of reservations about going to war again that are being expressed by Huntsman and Paul.