Conservative Brian Hagedorn was the underdog in his recent Wisconsin high court contest with liberal Lisa Neubauer, given that liberals handily won a Supreme Court last year¹s election by a wide margin. Until April 2, it appeared that the tide had turned blue in this most purple of states. 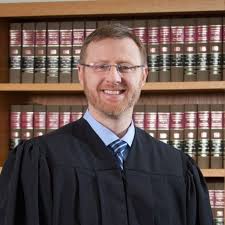 Neubauer¹s campaign made a big deal of Hagedorn¹s religious views on social issues and that may have backfired. The voters must have looked at the race more broadly.

One largely hidden issue that may have tipped the balance was Act 10. Neubauer would have supported rulings to restore public union advantages, while Hagedorn, who worked for former Gov. Scott Walker, will brook no retreat on that fundamental change in Wisconsin governance.

Act 10 has saved the state, schools districts and local units of government many millions of dollars by enabling less political, more market-oriented management to state and local employment. Management of benefits in a creative way and merit pay for teachers are two examples.

Deep down, voters appreciate that realignment of political power and do not want to go back to the tense relations between public employee unions and government managers and, in the end, taxpayers.

Note the recent stand-offs, even strikes, in other states between teachers unions and government leaders.

Note also that Gov. Tony Evers has embarked on many measures to reverse what was put into place during Walker¹s eight years as governor, but he has not pushed back on Act 10. As the former superintendent of schools in the state, he knows the major positive impact Act 10 had on the solvency of Wisconsin school districts.

Voters may also have been turned off by Neubauer¹s flip-flop on big money in judicial races. She changed criticism of outside money in judicial elections when big dollars rolled into her campaign from the left.

Still, Hagedorn’s win was razor-thin. That¹s a far cry from 2017 when Annette Ziegler, a conservative, won a second term uncontested or 2018 when Rebecca Dallett, a liberal, won by 11.5 points.

Nobody ever said Wisconsin voters as a whole are easy to figure out.