The aftermath of the Tuesday election continues to paint the Wisconsin bright purple. It continues to be the ultimate swing state. 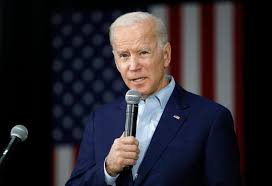 It swung to Donald Trump by a narrow margin in 2016, helping to put him in the Oval Office for four years with its ten electoral votes. Early — but not final counts in 2020 — put his opponent Joe Biden ahead Wednesday in Wisconsin by an equally small margin.

Further, the Wisconsin outcome is pivotal to the national outcome for the presidency. Biden and Trump are clawing for every vote and they struggle toward the winning 270 electoral votes.

That will be especially true if President Trump brings out his lawyers for a recount. That’s likely if he loses here. He is not a gracious winner; he surely could be a very sore loser. We could be in the courts for weeks or months.

His fellow Republican candidates in Wisconsin did better than he did. The five GOP House members all held their seats by substantial margins. Yet Democrats held the House under Nancy Pelosi. Despite some tough races, the GOP kept big leverage with control in the U.S. Senate.

That means we will continue to have divided government at the federal level regardless of who wins the presidency. Gridlock will stymie the advance of partisan bills.

Our purple political makeup has huge consequences. Divided government at the federal level means, for example, that it will be almost impossible to come up with a consensus national health plan that brings down bloated health costs so the nation can provide coverage to the 20 million uninsured Americans.

In less rancorous times, a compromise along those lines between the parties may have been possible, but not into today’s hyper-partisan era.

Wisconsin will also continue to have divided — translate indecisive – government at the state level. Democratic Gov. Tony Evers, who has two years left on his term, will continue to face Republican control in both houses of the Wisconsin legislature.

The GOP picked up two seats in the state senate for a 21-12 majority, but fell short of being veto-proof in both houses. Still, it’s going to a long two years for the governor.

Even on COVID control, the parties will have a hard time finding common ground. But the anger over inaction from Madison is mounting. The anger is bipartisan as Wisconsin nears the top of the charts for infections, hospitalizations and deaths.

Speaker Vos has indicated he will want to take a harder line on controls. People trying to keep their businesses running could use his leadership to find consensus on safety measures. They should not be fuel for a political fire. Evers will certainly support any reasonable safety protocol coming from the GOP.

As the final numbers roll in Wednesday and possibly later, wouldn’t it be uplifting if a Wisconsin win for either Trump or Biden would be received in the spirit of Democracy with each vote honored without legal monkey business.