Trump acquitted, but far from not guilty

The second impeachment trial is in the books, with the former president acquitted of anti-American activities. But, in the court of public opinion, Donald Trump came out as far from innocent and highly guilty of conduct unbecoming the office of the president.

The narrow arguments that got him of the hook in Congress – no longer a sitting president – are not the judgement of most Americans who watched the very political impeachment process. His approval percentages have dropped in many polls from the mid-40s to the mid-30s or lower since the election November 3. His campaign to undo the ballot results has been a major loser.

His desperate attempt to throw out my Wisconsin vote, yours and millions of others in the last 3½ months has driven some supporters and people previously neutral about him to distrust.

In his world of ratings, he is losing market share.

Trump will face more charges — criminal charges — for a range of corrupt, illegal and immoral actions, and he will still make front page and the evening news in those cases yet to come. But, in the broad scheme of things, those trials will be less consequential for our democracy. For Trump as a political leader, the new revelations will drive his ratings even lower.

Like an old soldier, he will slowly fade away. 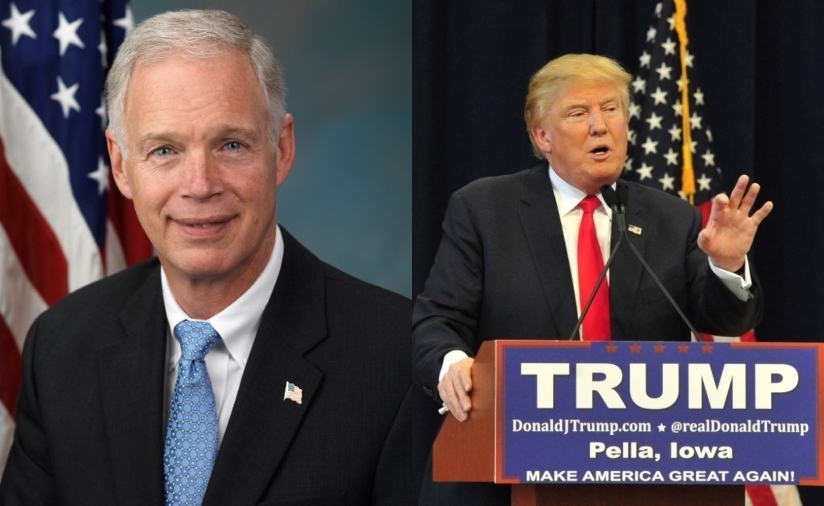 The U.S. Senate stopped short of full impeachment, with seven Republican senators joining the 50 Democrats but falling short of the two-thirds needed to impeach. It is of major import that seven Republicans could hold their noses no longer and added their credibility to the de-facto censure of the citizen Trump.

His words that encouraged the assault on the Capitol did not directly call for violence. There was wiggle room in what his words about “fight” meant.

Some reports say he may have been enjoying the lethal chaos.

He felt he could use incendiary words, tone and body language because he had immunity in Congress. The pack of Trump lap-dogs in the Republican Party, including Sen. Ron Johnson of Wisconsin, assured that the Senate would not impeach, even if he directly said: “The election was stolen; charge the Capitol.”

Remember what he said in 2016 in Iowa, “I could stand in the middle of Fifth Avenue and shoot somebody, and I wouldn’t lose any voters. OK? It’s like incredible.”

Afterward, he declined to clarify that statement. It was obviously rhetorical, but it showed his sense of immunity with words.

The Democrats in charge of Congress were far from pure of heart in bringing the constitutional charges. There were major political advantages for them in 2022 and beyond to brand Trump as anti-American.

For both political and patriotic reasons, the Democrats insisted on transparency on his role in the trashing of our democracy. His sedition and big lies could not go unchallenged.

An independent commission will dig deeper on Trump’s role in the attacks on our tradition of a peaceful transition of presidential power. That report will inform the final verdict by citizens on his guilt or innocence

When you are making your own judgement, keep in mind that Donald Trump made every effort to throw out your vote – without credible evidence.

This voter will never forgive him or Johnson’s for trying to invalidate my vote.