Trump leaves chaos behind on way to exile

Back in 2016, I followed reports on Donald Trump assiduously, and I assembled  a running total of 104 reasons to not vote for him in the both primary and general election.

I wrote about it incessantly as I added reasons and caught considerable flak from his local supporters. My home Washington County went for Trump at 67.8% that November, making it one of the reddest counties in America. He won at 68.7% Nov. 3 – no change from 2016.

Obviously, I was out of step with the majority in my home town. I had brought to bear the values I learned as an Eagle Scout and as a member of the United States Marine Corps. In both organizations, values are everything. In Trump, I saw a man who had no value structure, no compass, no abiding philosophies, no real sense of country, and little compassion of his fellow Americans.

It was all about him, a supreme narcissist. Yet he won by a narrow margin, and the Republican party loved the power coming from the White House. They dropped most of what they stood for, such as balanced budgets. Instead of sharing power, he became the center of all government programs and policy.

I admit that I detested everything about Donald Trump. In my eyes he was a boor who was thoroughly corrupt and un-American. But I decided to get off his case in the ensuing year or two to give him a chance as president to make positive contributions to the country.

As I look back, I’m trying to discern what those contributions might have been.

He did sign the bills that gave tax cuts to corporations, which put them on an even playing field with foreign competitors. Any Republican president would have done the same.

The billionaires like Warren Buffet were signaling that they were comfortable with much higher tax rates for themselves. But that didn’t happen.

Trump did keep us out of wars and conflicts during his four years on office. On the flip side, he abruptly abandoned allies, like the Kurds and the Poles in Crimea. But there were no body bags coming home.

He signed two of the biggest conservation bills in the country in decades. They were not his doing, but he signed them into law.

He appointed conservatives to judicial benches across the country. That leap to the right may have gone too far in terms of balance in the country. But he did what he said he was going to do. 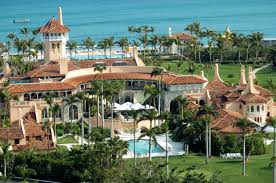 Beyond that, I don’t see much progress during his term.

To the contrary, racial relations regressed. Our longtime allies and trading partners became wary. He failed miserably as a strategic manager of the biggest crisis so far in this century, the novel coronavirus pandemic.

We are now in the middle what could become, not a recession, but a genuine depression. He fiddled while people died and the economy tanked.

His true self-centered ego boiled to the surface after he lost the presidential election November 3. He can only be described a mentally unstable since he lost. He is the biggest poor loser of all time.

And yet a big chunk of the Republican Party hangs with him as he tries to undermine an American election that was the safest and most robust in our country’s history. The number of bad ballots in recounts was miniscule.

He even entertained the idea of martial law in states like Wisconsin that went against him. If that were to happen, militias might form. You can’t rub out American votes with no reason. The “irregularities” raised by Republicans are what we used to call “chicken shit” in the Marine Corp. Anyone who knows statistics understands that the percentage of defects in the voting process were extraordinarily low.

That statistical accomplishment should have compelled conservative justices on both the Supreme courts to dismiss out of hand the challenges to Wisconsin presidential election.

Trump is running around like a chicken with its head cut off, flapping and flailing to try to stay alive. The chicken is really dead and so is our 45th president. He fled hurriedly to Mar-a-Lago in what could prove to be a self-imposed exile.

Inauguration cannot come quickly enough. Four years of leadership by an anti-democrat has been a huge blow to the underlying philosophies and principles that govern our nation.

The Biden term will allow the country to heal – slowly – and the Republican Party four years to recover philosophical bearing, their dignity, integrity, and just plain old American common sense. The party’s anti-democrats need to be drummed out of the party.