Charlie Sykes must be smiling at Trump numbers

` Charlie Sykes, who spent more than two decades on WTMJ as a smart-alecky scourge of the left, has emerged on the national scene as one of the most relentless antagonists of President Trump. He is in then middle of a merry band of conservative thinkers who detest almost everything about the president.
He left his highly divisive talk show in late 2016 after he became a critic of the president, whom he saw as debasing conservative thought, policies and politics. He had become an early and outspoken Never-Trumper. That led to major flak from the Trump believers in his former audience.

It’s hard to say he took bullets from the right, because no one really can really pin down where Trump is coming from. 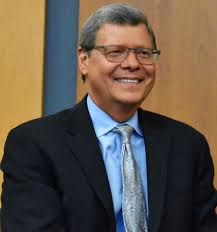 Charlie and I are far from buddies, but I took some of the same flak in 2016 when I compiled a list of 104 reasons to vote against Trump in the primary and general elections. Washington County didn’t listen to either us and went two-thirds for the President.

The margin in the WOW counties (Washington, Ozaukee and Waukesha), some of the reddest in the country, carried Trump to a small margin of victory in Wisconsin and the award of its ten crucial electoral votes.

For the last couple years, Sykes and his fellow Never-Trumpers appeared to be making little progress in their campaign to unseat Trump as the leader of the country. The president’s base has held firm and his approval percentages stayed in the mid to high 40s.

Charlie and contributors to his blog site, The Bulwark, must be ecstatic now, because that’s all changing fast as the president fails to meet the moment in managing the triple whammy of a racial crisis, the Coronavirus epidemic and the resulting recession, the first in nearly 11 years. His barrage of Twitter blurts, which Sykes labels as bat-sXXt crazy, falls short of serious leadership.

Trumps inadequacies in terms of management and leadership has driven a seven-point drop-off to 38% nationally in his approval rating, down to where previous one-term presidents were before losing a second term. According to a fresh CNN poll, he now trails Sen. Joe Biden by 14 points.

That’s a deep hole, hard to escape from in the remaining five months to the November election. Even a modest rebound in the economy won’t be enough.

Trump will never lose his loyal base, but his support from the middle, from independents, including Republican-leaning independents, is eroding. They are weary of his unending tactics of dividing the country.

In the context of the current protests, the latest polls show 90% of African Americans voting for Biden, against him, in November. How do we ever cross the racial divide with him in the Oval Office?

There are so many improvements under way to make for a more equitable country, such as minorities in high office, such as the recent big jump in graduation rates in the Milwaukee Public Schools that was led by UWM, MATC and MPS leaders. It is up a full 10 points, an amazing accomplishment that will pay big dividends down the road.

There are many other positive advancements — driven by people of all stripes. The protests are fully justified, minus the violence. It would be helpful for the president and the leaders of the protest to acknowledge that the country keeps moving ahead despite some outrageous setbacks. We need to see the positive efforts as part of the healing process.

I worry, though, and I’m sure Sykes does too, that the attempts at healing and solutions will get lost in the vitriol that is engendered from the Oval Office.