Timberlake has chops to ramp up vaccinations

Karen Timberlake, Gov. Ever’s new appointment to head the Department of Health Services, will have the most important job by far in the state. She held the job once before in the Doyle administration. 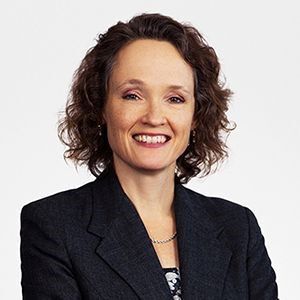 Nothing is more critical to the well-being of the people of Wisconsin than to have an effective rollout of vaccinations for COVID-19. By almost every assessment, the state is among the biggest laggards in getting needles in arms. We rank among the bottom 15 states in that metric.

The consequences of not moving faster are enormous. As many as 50 people a day are dying in Wisconsin from the virus. And more than 150,000 Wisconsinites are out of work.

It’s up to Timberlake to pull together important players in the supply chain for vaccine and providers who can inject the vaccine. The effort to date has been disjointed at best and mismanaged at worst.

Timberlake’s predecessor, Andrea Palm, was clearly not up to the task of being the novel coronavirus czar. She had a very limited management background when she took the Wisconsin cabinet job, and it showed. Her response was more bureaucratic than action oriented.

Timberlake is a seasoned policy and political professional. She will know where to go to get the vaccination initiative moving and shaking.

For example, Tommy Thompson, interim USW president, has already signaled that he wants to put the statewide resources of the university to work on rolling out the vaccine. She is smart enough to link up with Thompson, as well as the heads of the big hospital systems in the state.

Since this is life and death for individuals and for businesses, it merits a high level council to keep all the moving parts of the vaccination program in sync with each other.

Businesses are having trouble on several fronts because of COVID. Manufacturers have major problems keeping their factories manned because of quarantines of big chunks of their workforce. Service industries are facing low demand levels because their customers are out of work. For health reasons and economic reasons combined, Timberlake has to create a sense of urgency that has been absent from Gov. Ever’s office on down.

One of her first major initiatives will be on the communications front. Citizens in Wisconsin, even the ones who are eligible under federal guidelines, have no clue about when they will be able to be vaccinated.

Meanwhile, their vulnerable friends in other states have already received one or even two shots. They ask, “Do I have to move to another state to be vaccinated?”

Wisconsin DHS multilayered committees still have not even decided priority groups for 1B distribution groups. Other states made those decisions weeks and months ago and are already giving vaccinations.

The new secretary needs to get all the players in the room and then send out clear signals to people in Wisconsin about what they can expect in terms of getting the shots.

Timberlake has the chops to get the job done. She knows most of the major players in the state, and they respect her. She needs to use her credibility to take charge and get needles in arms forthwith.

The Republican controlled legislature never confirmed Palm as the official secretary. Her spotty track record on a range of public health issues justifies to some extent that decision.

The state can’t afford for the Republicans to delay the Timberlake confirmation. Given her credentials, they should confirm her quickly so she can get to work rolling out vaccinations across the state.