What happened to the Blue Cross money?

One astute Wisconsin politician asked this question when the subject of the UW $450 million Blue Cross endowment for public health came up: “What happened to all the money?” 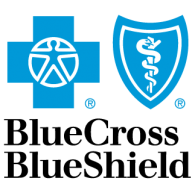 When Blue Cross went public 20 years ago, the Blue Cross board gave away its full value — then over more than $600 million. Those dollars were donated for public health purposes and education.

The money eventually went in two public health directions. Half went to the Medical College of Wisconsin (MCW) and half went to UW Health in Madison.

The principal of those two endowments has grown to more than a half billion dollars at the MCW and $449 million at UW Health. Those are the two biggest gifts in the history of either institution.

MCW has started two branches of the Medical College up north in Green Bay and Wausau to fill a shortage of doctors and has invested in medical research facilities as well as traditional public health.

UW Health had largely been on the sidelines with the funds, even though Wisconsin has faced the biggest public health crisis in its history with the COVID pandemic.

Tom Hefty, who was Blue Cross CEO at the time of the public offering, is happy with the results from the donation to the medical college. He is not happy, to say the least, with the lack of impact from the other half of the funds from UW Health.

Under the leadership of Madison Chancellor Becky Blank and UW Health Dean Robert Golden, that enormous endowment has made only small investments in traditional public health, but more for public advocacy groups, and some minimal programs for COVID prevention.

At the end of the day, the UW Board of Regents has the responsibility for overseeing the endowment and its disbursements for public health projects. The wee projects have been largely invisible in the state, particularly in Milwaukee where health care results are atrocious. The UW’s own County Health Rankings for 2021 has Milwaukee at the bottom.

It is especially sad because UW Madison promised to do public health work in Milwaukee as part of its request for the endowment fund.

Meanwhile, the University of Wisconsin Milwaukee School of Public Health has never been fully funded so that it can make a difference in the Milwaukee region.

It just doesn’t make any sense. The underlying philosophy of the University of Wisconsin is the “Wisconsin Idea,” which holds that the flagship university and the other campuses exist to meet the needs of the whole state. Clearly, given the endowment’s weak track record, the Wisconsin Idea must not apply to public health in Milwaukee.

There was a small study on infant mortality in Milwaukee, but it went nowhere and was abandoned.

My friend Hefty has asked the regents to step up their oversight and do an analysis on what happened to the money given to UW Madison.

Blank’s supporters have responded to her decision to leave UW Madison for the presidency of Northwestern University by compiling a list of her accomplishments. They are many. But, they largely apply to the Madison campus itself. Except for its export of graduates, she has had little impact on the rest of the state.

Her reign established a pattern that money goes to UW Madison, but seldom goes out. That was certainly true of the Blue Cross endowment.

One important footnote: Blank okayed a 1% charge on the Blue Cross assets to use for “institutional advancement” of UW Madison itself. That became a $3.5 million annual cookie jar for purposes not transparent. Over 20 years, UW Madison has spent almost one quarter of a billion dollars of Blue Cross endowment earnings. As the dollars were sprinkled in small chunks, Wisconsin went steadily downward in independent national rankings on public health.

Given that track record, it is perhaps understandable that required full audits of the endowment fund were recently eliminated, and report cards on the results of the Blue Cross investments have become opaque and inscrutable. In the business world, that would be called skimming. The Blue Cross gift required annual outcome reports for endowment grants, compliance with the state open records laws, and a full audit every five years.

The regents will receive an annual report on the fund’s assets in November. They need to do a thorough analysis of the stewardship of the endowment. It may be too late to have a major impact on the COVID epidemic where the funds could have had enormous leverage, but it is not too late to make sure the huge pot of funds is used more broadly, more transparently and more astutely going forward.

This entry was posted in Public Health, UW and pandemic crisis, UW Politics. Bookmark the permalink.