Glory-seeking Putin must be defeated

I am so gut-level angry at Vladimir Putin and his enabling Russian hierarchy (not the Russian people in general) that I have a hard time thinking straight.

We are dealing with a despot who doesn’t care if he goes down in historical fame or infamy, just so he attains eternal glory. Either way, he doesn’t care. But it looks like he will be an everlasting pariah.

His anachronistic 20th century war against Ukraine gets him nothing in this life. Not riches, nor even expanded power. At 70, he must be engaged in delusional thinking about where he ranks in history and the afterlife. He is not a killer at the level of Stalin or Hitler, but he is gaining ground every day. 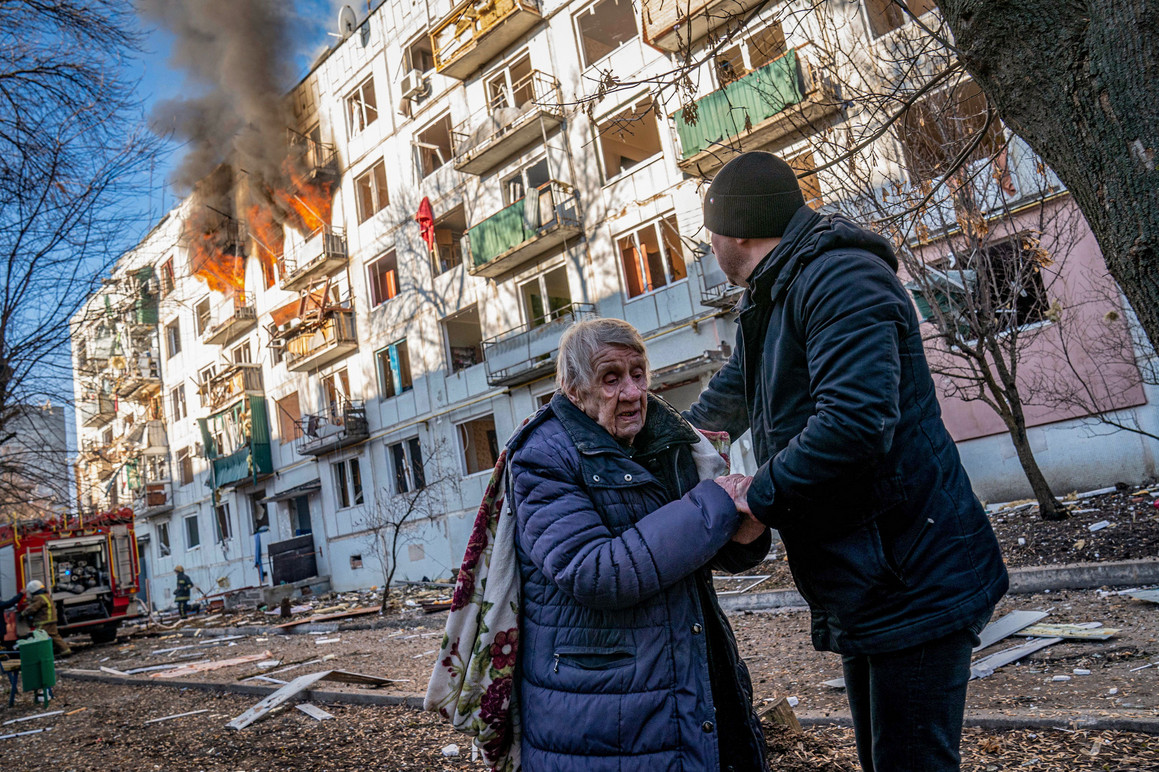 Because he is without soul, a shred of empathy or any regard for the rules of society, he is inflicting unlimited pain on thousands of innocent Ukrainians.

Uber-bullies care not about individuals, but do understand defeat. Ergo, the Western Allies have no option but to defeat his ill-advised grab for glory.

I come at this human tragedy and challenge to global order from a personal and professional background. My great grandfather Ludvig Torinus was a draft-dodger who left Ukraine for America in 1853 to avoid conscription into the Russian army. He ended up in the lumber business in Stillwater, Minnesota, happy to have escaped. To use the cliché, he is rolling in his American grave.

In addition, when Putin threatens the use of nukes, I shudder. He might be callous enough to actually deploy them if he gets desperate enough. He may not care, even if there is certain nuclear retaliation against Russian targets. He is that nihilistic in his quest for grandeur.

Way back, I was a young Marine artillery officer with a top secret clearance in tactical nuclear weapons. It was scary duty. As an example, one exercise was to calculate whether it would take two or three nuclear warheads on top of a howitzer round to take out San Francisco.

I can’t remember the answer, and nuclear weapons may have become more precise over the last 60 years, but you get the picture. We just can’t go there.

That means the U. S. and NATO must avoid direct confrontation with Russian forces on the battlefield. We can’t “send in the Marines.”

Still, NATO and the U. S. have five times the firepower, conventional and nuclear, than Putin holds. He has to know that if he provokes us at that level, we will respond. It’s a chess game.

Putin has already made self-inflicted fatal moves. One of his main goals has been to weaken NATO. His indiscriminate bombing of Ukrainian cities and of a military base practically on the Polish-Ukrainian border is having exactly the opposite effect. NATO unity has never been stronger.

The newly unified Allies know they must defeat Putin, not just neutralize him. If he wins by any definition, he will be an aggressor on surrounding countries as he seeks the spread of authoritarian rule.

This is a war of many dimensions, and we will be fighting this monster in new ways. It is an economic world war and we are already winning it. Putin is wrecking the physical infrastructure of Ukraine; the Allies must wreck his country’s economy. We cannot flinch when he makes threats in that sphere. Pres. Biden is orchestrating the Allies’ sanctions well. So far, he has Republican’s support despite former Trump’s affection for Putin whom he calls “savvy” and “genius.”

In another dimension of the war, logistics, we must continue to supply massive amounts of ground level arms and ammunition, so 40 million Ukrainians can fight a fierce guerilla war. Note: for logistical reasons the Russian columns have penetrated only about one-third deep at the perimeter of Ukraine.

Thirdly, massive cyberattacks, a new form of warfare, against the Russian army and navy are not off limits. Turn loose our professional and unofficial hackers. Fund them heavily.

Finally, go all out with humanitarian assistance in food stuffs, medical supplies and shelter for displaced Ukrainians. Some strategists advocate an airlift similar to the Berlin Airlift after WWII.

Putin’s forbearance would have to be sought to establish safe air lanes. Putin would be hard put to say “no.” His propaganda machine would be crippled if he did so.

Note that many Ukrainians are ethnic Russians and still speak the language. They are also among the casualties needing humanitarian assistance as Putin’s assault becomes more indiscriminate.

There are many fronts to the throwback ground warfare that Putin is conducting. He may end up occupying Ukraine through brute force. But that will not constitute victory. Ukrainian guerillas will keep attacking Russian installations and troops.

Ukrainians hate Putin on a visceral level. They will never forgive or forget. Neither will the rest of the world forget the havoc he has unleashed, especially those who live in democracies and cherish their freedom.