It is crystal clear that the University of Wisconsin Board of Regents had the Wisconsin Idea in mind when its 17 members unanimously chose Jay Rothman as the next present of the UW System. 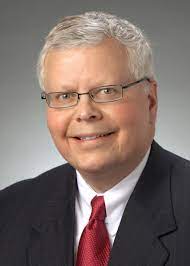 The historic Wisconsin Idea holds that the boundaries of the university are the boundaries of the state. That concept has lost validity as the system’s flagship, the University of Wisconsin – Madison, became increasingly dominant in the allocation of resources within the 26-campus system. The system has become unbalanced. The other 25 campuses are hurting while our world class Dane County campus has prospered.

UW-Madison is a fabulous asset, but it has lost sight of its statewide role. It exports graduates to the rest of the state and more broadly. It does basic research for the benefit of the world (stem cells, the internet, solar energy economics to list just some of its most well-known breakthroughs). We Wisconsin residents and taxpayers are proud and more than satisfied with its contributions to our state and the planet.

Yet Rothman knows that the rest of the system is invaluable, too, in different ways. It educates three-quarters of UWS students, and most stay here and help grow the state’s prosperity. His parents were educated UW-Stevens Point.

Note that Regent Chairman Edmund Manydeeds lives and works in Eau Claire and graduated from UW-Superior; he undoubtedly had a strong voice in choosing the finalists for the top job.

As a former CEO of Northwestern Mutual Insurance once said, “If we didn’t have UW-Milwaukee, we’d have to invent it.” At that time, NML employed 2,000 UWM grads in its Milwaukee workforce of more than 6,000.

The point is that the university needs balance as it accomplishes its many purposes in Wisconsin.

Rothman, who grew up in Wausau and did his undergraduate work at Marquette University, knows that we need a broad menu of educational opportunities across the state.

One example is the 13 two-year UW colleges in key communities statewide. They have long been a very effective jumping off platform for baccalaureate degrees. But they are now in trouble due to sharply declining enrollments and mis-management at system level. Rothman’s team will want to seek a revamped mission for these valuable, locally owned campuses.

As another example, UW-Milwaukee is emerging as a second flagship for the University System. But it needs more support. An example is the fresh water strategy that is hubbed at UW-M. It grants PhDs in that discipline. A new Great Lakes research vessel has been on the drawing boards for years, but remains only about half funded. It needs another $10 million.

Fortunately for Rothman, when he takes over as president, is at a time when the state is flush with cash. The GOP-controlled legislature has used a huge $3.4 billion surplus to fund a major tax cut. But it still has another $1.8 billion in surplus available for strategic investment. The university has a rich portfolio of strategic projects, like the advance of health care degrees at UWM, where the extra surplus could be deployed.

On a purely political basis, Rothman should fully appreciate that legislators from across the state far outnumber those in Dane County. A balanced system should do better in winning state tax dollars than a Madison-centric system can ever accomplish. A good number of legislators have no love for UW-Madison.

As many voices have called for, a statewide task force on the future of UWS could create strategic directions that should win additional and more balanced funding for the system as a whole.

This entry was posted in University of Wisconsin System. Bookmark the permalink.