Down at the ground level, here at the Albrecht Free Clinic (AFC) in West Bend, it is blatantly obvious that our political leaders need to do some fresh thinking on the delivery of care for Americans who are uninsured or under-insured.

The clinic treats hundreds of people who can’t afford care elsewhere, including people on Medicaid. Patients in Washington County who are living at less than 200% of the federal poverty level are eligible.

*It’s the high costs of care that are the underlying issue for driving up premiums by at least 5% per year and often more on state exchanges.

* Dentists in the county and some doctors will not treat people eligible for Medicaid, because Medicaid payments are not enough to cover the basic cost of care, much less make a buck.

So, the clinic has stepped up. It has been in operation for 22 years for medical care and added dental services about three years ago. The clinic can only operate because of donations and because doctors, dentists and their staffs typically donate four to eight hours a month of their time. It has recruited 56 medical volunteers, 26 dental volunteers and 47 non-medical.

Obviously, if the cost and price structure of medical care were less outrageous, there would not be that kind of demand for free care.

Meanwhile, over in Madison Gov. Evers has focused on expanding Medicaid with mostly federal dollars, knowing that the Republican legislative leaders, Speaker Robin Vos and Senate Majority Leader Scott Fitzgerald, will not go along. The governor is also sending confusing messages about how to remove the state from law suit to torpedo Obamacare, with Vos and Fitzgerald standing pat.

It’s the same partisan debate that has been going on since Obamacare passed in 2011. The thinking of this timid trio is in a rut. What’s missing at their level is the kind of problem solving that is going on at the Albrecht Free Clinic.

Why don’t Evers, Vos and Fitzgerald pull in the smartest innovators for delivery of care – there are many in Wisconsin – and come up with a better model?

For example, we know from QuadMed and other on-site or near-site providers in Wisconsin that proactive primary care sharply reduces costs by keeping employees out of expensive hospitals. Why not build a medical home into every health plan?

We know that Medicare is better managed than Medicaid, so why would Evers not ask for a federal waiver to use the Medicare platform to deliver care to the poor. Better yet, use Medicare Advantage that almost 40% of Medicare recipients have switched to. It offers more choices of services because of competition among health insurers.

We know that fixed, bundled prices (no more than $3000 for a colonoscopy or $30,000 for a joint replacement) save 40% or more on elective procedures. Why not build bundled prices at top quality hospitals into the pricing structures of public health plans? That’s what Walmart does for its employees.

Why not promote lean disciplines in the Medical Industrial Complex as has been done in several hospital systems in the state. These are the same disciplines that have made American manufacturers competitive with suppliers from low labor cost countries.

I have said many times that fixing the disaster on the economic side of U.S. health care is more about management science than political science. It’s about problem solving. 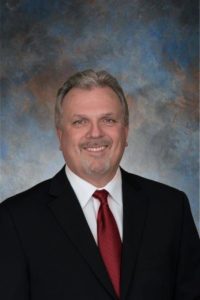 An example at the local level is what Dr. Robert Gibson, AFC volunteer medical director, is doing to stem the opioid crisis in Washington County. “For patients without insurance who can’t afford a month Vivitrol injection that costs up to $1,000, the clinic has been able to help,“ he said to describe his Medically Assisted Treatment program.

Dr. Thomas Albiero, the volunteer AFC dental director, is finding ways and funds for 30 people who need dentures at $1,000 apiece. “We love to see patients smiling again and having the confidence to attain or keep gainful employment.”

To break out of their rigid partisan mindset, Evers, Vos and Fitzgerald should make a joint trip to the Albrecht Free Clinic, where problems are being solved, not debated for political gain.