Put aside the partisan politics of the day, and let’s celebrate here in Washington County the selection of one of our favorite citizens as Chief Justice of the Wisconsin Supreme Court. 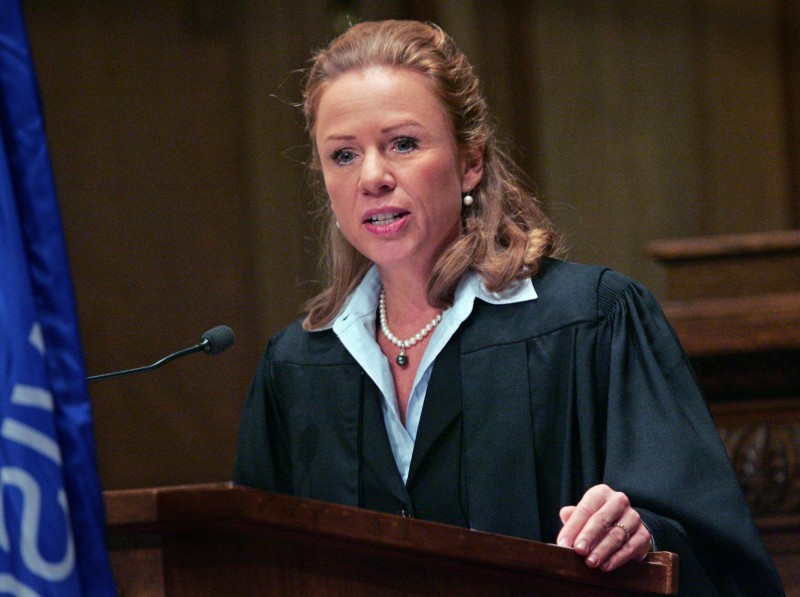 Annette Ziegler has paid her dues with 24 years of service on the bench at the local level and on the Supreme Court. She worked her way up.

Justice Ziegler developed respect at the voter level, the local court level and among her fellow justices on the high court.

She even got along with the late Shirley Abrahamson, who served 19 years as Chief Justice, a tenure that may never be topped. Abrahamson was known to be cantankerous. They didn’t agree on much on the political side of the judicial dynamics in Wisconsin, but Annette and Shirley maintained a working relationship.

When Ziegler was a local judge in Washington County for ten years, she gained support from her fellow judges, no matter their political persuasion.

Ziegler was approachable to people in Washington County even though she maintained an intense work schedule. She and her husband JJ have contributed to a wide variety of civic and charitable causes, despite having to avoid all manner of conflicts of interests. She was very mindful of her need to be objective, but still made lasting friendships with many in the county.

Little known is that she is an accomplished athlete in sports like golf and downhill skiing.

Well known is her personal flair. She avoided the stiff blacks and greys that mark the judicial profession, preferring colorful outfits that bespoke her lively personality.

Justice Ziegler has six years remaining on her second ten-year term on the high court. She is tireless, so a third term is in the cards.

These are contentious times with both major parties running to the Supreme Court for resolution of issues that should be decided by political leaders outside of court. Never has the court been asked to decide so many mid-level matters.

How did the wearing of masks get to be a Supreme Court issue? It is a basic public health matter where agreement should have been a matter of ordinary compromise.

Some lawyers would not want the stress of dealing with the fierce politics of the day, but Chief Justice Ziegler is tough enough to handle the assignment.

Ziegler is known as a stalwart member of the (4-3) conservative majority on the seven-person court, so she will have to bend over backward to come off as objective as the major issues are decided. Her biases will be evident, which will put a requirement of judicial fairness on her role as the leader of the court.

We wish her well on her stint as Chief Justice.

This entry was posted in Wisconsin Supreme Court. Bookmark the permalink.