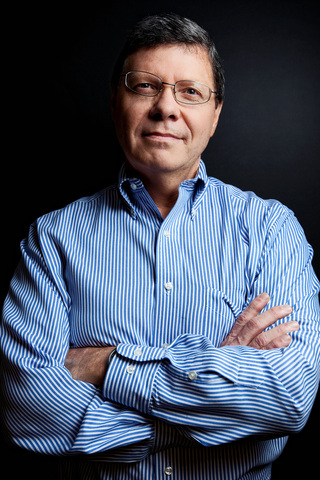 Citing personal reasons, Charlie Sykes, Wisconsin’s most prominent and entrepreneurial “journalist,” maybe polemicist is the better word, is moving on, presumably to greener pastures –possibly beyond the Wisconsin pastures that he harvested so well.

His sayonara piece last week was in the New York Times, not the equally liberal Milwaukee JournalSentinel, his former employer that he lovingly called “the dead tree.” The local paper was his sparring partner.

I have followed his brilliant career since hiring him as an editor of a weekly suburban newspaper right out of college, where he was at the top of his class. He was a liberal then, and he clearly had the right stuff. Charlie was an excellent, ambitious young journalist, who clearly was going someplace fast. He has since referred to himself as a “recovering liberal.”

Whether his jump to the right was a coming of age or the result of market research, of a combination of both, we will never know.

Of the talk show hosts, he has been among the most civil. It’s a low bar. Early on in his 23 years on WTMJ, he would cut people off and belittle them. But he mostly got over that.

And he worked hard. He mined major issues to find conservative themes, like school choice that he championed. And wrote eight books on those subjects, not the make-up of a lightweight.

No one would ever accuse talk show hosts of being listeners. They are yakkers by nature of their business, but Charlie, in his later years, at least acknowledged that the other party might have something to say. He still commandeered 80% of the airtime, but at least gave a token 20% to his callers. That proportion gave the show a semblance of a dialogue with the public.

Leaders who are really trying to solve problems do a lot of listening. They ask questions. Let us not be naïve, though; talk shows are about ratings, not about solving problems. It’s show biz.

Further, journalists/pundits (I was one) are always on the outside looking in. They never do the heavy lifting of causing things to happen. They don’t have to make the hard calls. They are in the Bob Uecker cheap seats (though Bob really played baseball).

As one business savant has noted, the opposite of arrogance is humility, and humility is the willingness to learn. No talk show host would ever be accused of being humble, being a listener or a learner. They have THE ANSWERS.

Are we not lucky to have such Sherpas to guide us through life?

As with his earlier shift to the conservative right, Sykes appears to be in another phase of self-discovery. He was a Never Trumper, as I was. And the Trump campaign surfaced the reality that Republicans care more about being in power than about the conservative principles that Sykes espoused and thought had carried the day in earlier elections. He took a lot of flak from the Trumpians and became disillusioned with their departure from principle.

Amidst the hyper-partisanship of today’s politics, he sees a flight to tribalism and even personality-centered loyalty. For now, it’s all about Trump and being the party in power, not the party of conservative principles. In his eyes, they sold their souls.

An insight he doesn’t offer is what talk show hosts have done to fan the flames of partisanship. Charlie ridiculed his opponents on the left. He did little to reach across the political divide to find pragmatic solutions. He dug the gulf between left and right deeper.

He also belittled the mainstream press, under-cutting its credibility.

He helped to create a cynical world of politics where no leader or journalist gets much respect.

In that vacuum, the country got a bizarre election in which issues and principles took a back seat to the politics of personality, his versus hers. Insults ruled. It became a binary contest: which person was the least worst.

Both candidates were labeled liars, so what they said mattered little.

As one result, other than lowering taxes, the country has only glimpses of where we might be headed in the next four years.

If his personal situation permits, Charlie should stick around in some capacity to help find a way forward. He is writing another book.

My read of the election is that the voters are looking for solutions to difficult and complex problems like immigration, income inequality and stagnation, trade and jihadist attacks. If Trump turns out to be a problem solver, “Great.”

If not, we will need a new party, a Pragmatic Party, one that sheds excessive partisanship, dumps the cult of the personality and gets on with innovations that solve problems, one by one.