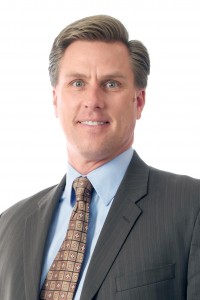 It’s a new day when health care providers choose to compete on quality metrics instead of their new edifices and images of smiling nurses on billboards.

I ran into a sterling example of competing on value when the Orthopedic & Sports Institute (OSI) in Appleton, Wisconsin was pitching employers on its bundled prices and its quality. OSI offers all-in prices from pre-op to surgery to rehabilitation.

That is the ultimate of transparency – a pre-set price for the whole episode of care. No bills with a multitude of line items; no incomprehensible codes; no separate bills for radiology, anesthesiology or rehab. Just one fixed price. OSI offers employers a fixed pricing menu for a range of orthopedic procedures.

So confident about its outcomes is OSI that it includes a 90-day warranty on its surgeries. Readmissions are on the house, as they should be.

OSI is not alone. The Orthopedic Hospital of Wisconsin (OHOW) in Glendale offers similar deals to corporate payers.

Employers/payers in the private sector and local government are looking for that kind of value proposition, especially when coupled with the best metrics on quality. OSI President Curt Kubiak led his presentation with the clinic’s .3% infection rate in 2013, a very low number on a life-and-death metric.
(Bloodstream infections, known as sepsis, kill more than 200,000 Americans per year in hospitals.)

Also in good shape at OSI for 2013 were these three measures:

Kubiak added that OSI’s goal is to get surgery patients back to work or to their lifestyles in an average of 20 days faster than other providers.

OSI is winning direct but non-exclusive contracts from employers as far away as Eau Claire. It believes if it does a great job, it doesn’t need to lock companies into exclusive contracts. They will return willingly. Sounds like a bit of a marketplace for health care, doesn’t it?

OSI executives remain somewhat frustrated at the slow pace of adoption of new pricing and delivery models. But they are winning business, and ten years ago there was nothing like this model around. The train is moving pretty quickly down the tracks, at least by the standards of the enormous health care industry.

For the record, I have no connection to OSI, other than to steer Serigraph employees to what we call “Centers of Value” like OSI and OHOW.

We believe that steering employees to such centers with financial incentives is not only the smart thing to do from a cost perspective; we believe it is the ethical thing to do. Don’t employers have a moral obligation to help their people find the best medical outcomes?