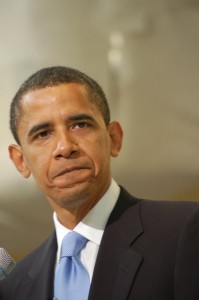 There is one dimension to the meltdown of ObamaCare that has been missed by political commentators, that of competence.

A managerial consultant looking at the launch of the reform of one-sixth of the U.S. economy would declare the three-year launch as amateur hour. The rollout lacks competence. Almost never would a corporation take a new product or service to market without exhaustive testing first.

Most IT launches run parallel with the old system before being turned on.

That, of course, is the empirical way. It is the humble way, the learning way. President Obama promised to be empirical in 2010, but he was anything but. He was ideological. He was arrogant in that he didn’t listen to contrary points of view. His model is top-down, centered on mandates, versus bottom-up; it is not focused on the customer.

In another example from the business world, there is a new theory for starting high growth companies; it is called lean startups. It revolves around finding a real customer as a test of the business concept being rolled out. In effect, the new venture and the beta site customer co-develop the product or service. They go with what works and change what doesn’t. When there are real revenues from a proven product for early customers, the new venture is ready for serious investment.

In short, ObamaCare should have been tested first in one or two states. Massachusetts was one such test with RomneyCare. That state law did increase coverage, but premiums there are among the highest in the land.

Another bedrock necessity when attempting large-scale societal change is that is has to be rooted in good philosophy and tested principles. In that sense, no one can fault the Democrats for wanting universal coverage for Americans. Okay, that’s step one of many steps for a successful model and launch.

The next step is to design a system that is rooted in good behaviors and cost management. It does no good to design a product if people can’t afford it and if the system doesn’t work and is open to abuse.

In the case of national health care, these are some of the building blocks that have to be in place for a system to work:

• Incentives and disincentives have to in place to encourage smart choices. (Don’t pay $9000 for a colonoscopy when a good one can be purchased for $1500.) ObamaCare is not cost-oriented.

• Encourage proactive primary care through medical homes to keep people healthy and out of expensive and dangerous hospitals. There’s a little of that in the new law, but it’s not an emphasis. Insurance reform is the main deal.

• Use the marketplace where possible.

• Deploy lean disciplines in health care systems that drive out waste and defects (like infections) and that revolve around the voice of the customer.

If those principles would be brought to bear, as they are in the many private sector health plans, there would be plenty of money in the current system – nearly $3 trillion — to pay for universal care.

As Congress moves to repair the flawed model that the administration concocted from the mountaintop, it will finally be listening to the voice of the customer, because it the voice of the voter. Here are some the fixes it needs to put into place in short order:

• Remove some of the mandates on what policies must cover. They just drive costs up and are one-size-fits-all. Different policies work for different kinds of people. In effect, that is what is what Congress is doing for one year – allowing older policies to be sold into 2014. That extension needs to be made permanent.

• Get the insurance brokers back in the game. The malfunctions of the government exchanges may get fixed, but the brokers are in place right now and they know how to sign people up for coverage. Allow them to file for the federal subsides. Their commissions are a justifiable expense and will cost no more than the army of rookie “navigators’ created by the ObamaCare bureaucracy.

• Get rid of the penalties on individuals and companies for not having coverage. Use the carrot, like subsidies, not the stick.

• Allow individuals to deduct health care expenses, including premiums, just as corporations can do for their employees.

• To deal with pre-existing conditions, reestablish or establish high-risk pools that are subsidized. They were working in some states like Wisconsin, but were disbanded under the new law. If society covers catastrophic cases, then everyone becomes insurable. ObamaCare way under-funded catastrophic coverage.

• Change reimbursements to give primary care doctors and their teams a bigger piece of the action. If everyone has a medical home, population health will improve and costs will drop sharply.

• Remove federal constraints on Medicaid and let states manage the program using the above methods and principles. Billions could be saved.

While the intentions of ObamaCare were noble, the rollout was incompetent. And, the flawed model will look even worse when the high prices of premiums are fully transparent, and when employers drop coverage prior to the 2015 mandates and penalties and employees lose their company plans and their doctors.

The fixes are available, but the political wars in the Capitol won’t allow them to go forward. The GOP will want to see the Democrats roasting on the political spit through 2014 and into 2016, and the Democrats will have a hard time departing from dogma.

We need a new party, the Pragmatic Party, dedicated to competence, to solving tough, big problems.