To prevent business disasters like the diesel emissions scandal that torpedoed Volkswagen’s reputation and resulted in criminal charges against its CEO, corporations like West Bend Mutual Insurance and Rockwell are going public with rigorous ethics campaigns.

They are spreading mantras of corporate integrity and individual responsibility internally and externally because they think it’s good business to do so. Both companies were recently honored for their best practices in promoting ethical behaviors.

West Bend received the Torch Award for Ethics from the Better Business Bureau, and Rockwell was recognized by the Ethisphere Institute as one of the most ethical companies in the world. It was Rockwell’s tenth year on the list of 135 global honorees. 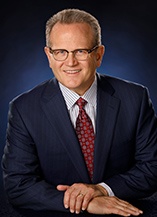 Many companies have codes of ethics and are quiet about them. Given all the slams on corporations by legions of critics, it’s good to see CEOs like Steiner and Moret make the case publicly for upright corporate behavior. The world needs to know that a very large majority companies work hard to walk the walk when it comes to doing business the right way.

Speaking recently to the University of Wisconsin – Milwaukee’s Lubar School of Business Advisory Council, Moret said he uses all means of communications possible to reach Rockwell’s 20,000 people. As he travels to Rockwell’s worldwide locations, he often spreads the ethics message to groups of 20-30 people so it can ripple across the organization.

“CEOs are being asked by their boards to be symbols of integrity,” he said.

The challenge facing CEOs, he said, is that companies are “only as good as their weakest links.” In other words, the company’s ethical standards need to be accepted and embraced by every single employee.

Think about the damage done to the Wells Fargo brand when a broad range of its employees signed up customers for fraudulent checking, savings and insurance accounts without their consents. The pressure from the top to cross-sell affected 3.5 million accounts and resulted in major fines, horrible press coverage and the departure of 5300 employees, including CEO John Stumpf.

Wells Fargo had been a stable operation and weathered the Great Recession better than most banks, but clearly its ethical foundations were unstable. Three whistle blowers finally put an end to the fraudulent practices.

Moret outlined a range of best practices that keep Rockwell on the straight and narrow:

• Board and executive commitment to high ethical standards.

• An integrity champion award to an employee each year, given last year to a worker in Chile who put a stop to a smelly deal before it got done.

• A single code of conduct for all parts of the world, regardless of local customs and practices that don’t measure up.

• A Business Standards Compliance Committee to set the rules.

• An ombudsman who investigates every complaint or ethical issue raised and makes sure that no retaliation is taken against whistle blowers.

• An internal audit committee, standard for most public companies.

So, an ethical company also does many things right by delivering reliable products and services, by treating its stakeholders right and by civic and charitable actions at the corporate and individual employee levels.

“It’s a constant journey,” Moret said. “Employees have to understand that it’s up to each of them.”

This entry was posted in Business Ethics. Bookmark the permalink.