It’s always heartening to interact with a big shot who doesn’t act like one.

Such is Byron Trott, who spoke to a full house of Milwaukee business people last week at a fundraiser for “Make a Difference,” which helps students learn financial literacy. He was candid and humble in his remarks. 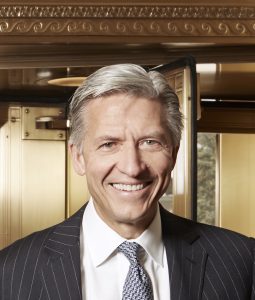 A small town native who got into the University of Chicago as an athlete and became a lion of Wall Street, he is now jaundiced about taking companies public.

“I’m not sure ringing the bell on going public is a badge of honor, “ he observed.

Trott was at the right hand of Henry Paulson, his boss at Goldman Sachs, where he spent 27 years, ending up as vice chairman. That included advising Paulson when he was Treasury Secretary during the financial meltdown in 2007 and 2008. He left Goldman in 2009 after it was bailed out to found BDT Capital Partners to advise the richest of the rich and to invest in their closely held private and public companies.

His firm now has minority positions in 19 family and founder-led companies – big ones like Enterprise Rent-A-Car. BDT, with $8 billion in investments, looks for its exits over the long term – 10-15 years. It takes only a couple of board seats, so the majority family owners remain unequivocally in control.

Trott’s long experience advising family controlled companies has led him to noteworthy conclusions about the governance of family companies of all sizes. Here are some of the nuggets he offered:

• Selling a family business is “a bad habit.” Good companies are hard to find. He sees virtue in keeping them in family control “in perpetuity.” That means a bias against going public. (Note: over the last 20 years, the number of publicly listed companies has dropped by half to only about 3700.)

• Great companies have a long-term vision and execute for the long term. Their leaders exhibit decisiveness and perseverance. “If there is a wall there, you are going through it.”

• The education of the next generation of family business leaders is all-important. That means the right education, internships and gaining experience at other companies. BDT has a development template for the “kid who wants to ascend and is talented.” Without the right development, closely held companies are “headed for big trouble.”

• Selection of the top company executives from family ranks has to be meritocracy, “You’ve got to be good.” Many family CEOs are backed by a strong number two executive.

• Most mergers and acquisitions don’t wok out, and that’s where trusted advisors can play a major role – avoiding the bad calls.

• It’s a big mistake to trap children into the family business if it’s not what they want for their lives. There are other roles for them to play, such as running the family charitable foundation. Cash-outs allow descendants to follow their passions and interests. That enables the avoidance of dissension.

• Good communication among owners, executives, managers and the board to align intersts and strategies is essential to long run success. “It takes a lot of planning and hard work.”

• Visionary owners with a long-term perspective are resilient in good times and bad. They take advantage of dislocations and downturns and put in more capital to do so.

Trott is more than happy to be working in an arena where trust is the main currency, as opposed to his former world. His current cynicism about Wall Street is a result of its focus on “dialing for dollars” – revenue generation, instead of doing what’s right for the client companies.

He prides himself in talking one family owner out of going public, even though his firm lost a big fee.