As Wisconsin has witnessed in the last couple of months, big corporations like Kraft Heinz and Tyson Foods with a wide footprint of facilities are forever rationalizing their physical and human resources. That’s just what they do.

To gain a couple of points on their bottom lines and meet quarterly earnings expectations, they consolidate by closing plants and departments, they streamline using Lean methods, they “right-size,” they out-source and off-shore, they automate.

They make “rational” decisions on behalf of shareholders, with the interests of other stakeholders like communities, states, local vendors and employees far down the pecking order.

Sometimes the other stakeholders come out behind, as with the closure of the Oscar Mayer plant in Madison getting the biggest headlines as its parent Kraft Heinz shucks an old plant and 1000 unionized employees. Other times, the state is a winner, as with consolidations by QuadGraphics in favor of plus jobs at its Wisconsin plants versus those in other states.

There is something to be learned here. Business and tax climate figures into the consolidation and expansion equations, but it always the operating costs that rule the decisions.

Wisconsin has done just about everything a state can do to keep and bolster its manufacturing and agri-business bases. It has exempted plant and equipment from the property tax; it has installed a right-to-work law; it has initiated a phase-out of the corporate income tax on those two sectors; it is finally out of the Big Ten for taxes, a long-sought goal of Republicans and business people. Its business regulations have been collared. 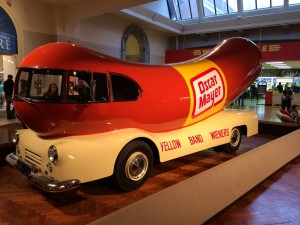 The wiener plant, home of wiener mobile, is multi-story, a throwback to manufacturing of yesteryear. It’s unionized. It’s old and inefficient. In short, it’s not the kind of facility that wins new investment from corporate bean counters.

Anyone who has worked those equations knows it is the operating costs – labor costs, health care, power rates, transportation factors, skilled workforce availability – those are determinants that invariably drive location decisions.

Pure real estate and building costs are usually less than 5% of a processing company’s cost structure. They are a minor line item.

The attempt by the political parties to blame each other is almost laughable. A Republican governor and a Democratic mayor both got caught off guard by the Kraft Heinz decision. Its investors, like Warren Buffet, expect a return. He may seem like a nice guy, but returns on investment are his theme song. His executives dance to that tune. He and his investment partner, 3G, will cut thousands more jobs from the Kraft Heinz payroll.

The political parties had no more to do with the Kraft-Heinz decision than they did with the Quad consolidation decisions that favored Wisconsin.

Over the long run, the improved business and tax climate ought to tip a few location decisions in our direction. But it won’t be subsidy packages that carry the day. They can’t make up for operating factors.

By example, the state and M7 recently put together a great case and an attractive set of incentives to land a new automotive plant being developed in the U.S. by a European care maker. Wisconsin made the short list, but didn’t get a site visit. Heard that story before?

Recruiting has been largely a loser strategy for Wisconsin for 40 years. We do better on expansions of existing businesses, but in most cases operating factors mitigate for expansion here, with or without the subsides.

If Madison and Wisconsin had thrown $50 million in subsidies at Kraft-Heinz, could the Oscar Mayer plant have been saved? Probably not. In a big plant, operating inefficiencies can chew up $50 million in a couple of years.

In any event, would it not be better to take that $50 million and, at $500,000 apiece, start 100 new high growth companies that could become the next Quad or Epic?

Let’s get some perspective here: Epic, a startup in the Madison area, is adding 1000 Wisconsin jobs per year. Its annual growth is offsetting the one-time loss at Oscar Mayer.