Even though the Wisconsin unemployment rate is very low, its economic growth rate is stuck in low gear. How to improve on that long-term pattern?

Fortunately, there is a new place to go for answers.

Under the leadership of Noah Williams, a professor and researcher in the economics department at UW – Madison, the Center for Research on the Wisconsin Economy (CROWE) was launched last week. Its creation is long overdue. Wisconsin has been steadily losing share of the national economy for a half a century. 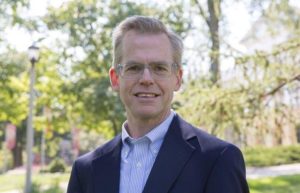 Such a center was called for in the 2010 “Be Bold – The Wisconsin Prosperity Strategy,” and now it exists. Williams and three other economists will be diving into nagging policy issues at the state level on the belief that what happens at the state level can inform policy decisions not only in Wisconsin but also in other states and at the national level. Wisconsin will be its Petri dish.

The CROWE researchers have already offered confirmations and insights that are helpful. Here are some take-home points from presentations at its grand opening last week:

• The Wisconsin economy, barring major policy changes, will see “slow and steady growth over the next two years.” Wisconsin has been growing at about 1.4%, well below the 2% national rate.

• From a post-recession low in 2010, Wisconsin has added 50,000 manufacturing jobs, up 12%. Unlike other states, Wisconsin political leaders have doubled down on manufacturing incentives, such as the removal of the corporate income tax in that sector and in agri-business. The unprecedented level of Foxconn subsidies is another striking example.

• The labor participation rate in Wisconsin, a reflection of the state’s vaunted work ethic, remains high – 67% here vs. 60% in the nation. Badgers work hard.

• Nonetheless, Wisconsin job growth had lagged the nation, which is interconnected with a slow growth in its labor force.

• The decline in manufacturing intensity in the state has been mitigated by a fall-off in adversarial work stoppages from a high of more than 400 per year in the 1950s to less than 100 by 2000. The shift from being a high wage state in the 1950s and 1960s to the lower half for wages – Georgia levels — also contributed.

Taylor made the case that the nation and Wisconsin could do better than the 2.1% GDP growth rate that has prevailed from late 2009 through 2016. The recovery was much faster after the recessions of the 1980s. (Of late, growth has been running north of the 3%,)

He suggested that a lower federal tax rate on corporations, the 25% proposed by Republicans vs. the current top rate of 34%, could help, while federal subsidies to states had not helped in the past. The states simply paid down debt instead of stimulating the local economy by spending more.

Taylor cited low growth in productivity in recent years – below 1% — as a major issue and suggested faster write-off of capital expenditures by corporations.

Taylor, a monetary economist, was thin on policy solutions at the state level, citing less regulation of professional licenses and fewer land use restrictions. Though a resident of Silicon Valley, he made no mention of the impact of entrepreneurs on economic growth.

All in all, it was a good start for CROWE. There is great promise that its economists, with help from their students, will help the state’s leaders figure out what works and what doesn’t work for more robust economic development. (For instance, do the state’s massive, long-standing real estate subsidies work?)

Finally, it’s encouraging that a center at UW—Madison, which usually operates in the cocoon of Dane County, will concern itself with pressing economic issues across the state.