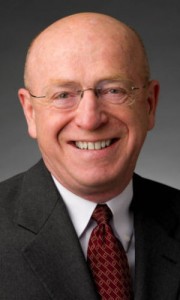 It is a propitious time to rethink the role of the University of Wisconsin System in the affairs of the state.

My Aunt Mary Minahan Walter was on the board of regents of the state colleges when that last reorganization took place. She was a gutsy editorial writer who supported merger. Times have changed mightily. Aunt Mary is long gone. Yet the university lumbers on with the same structure as back then.

First, we have fresh leadership. The system has a new president in Ray Cross, who was chancellor of the Extension and the 13 colleges. That means he has a statewide perspective and has not yet been co-opted by the Madison-centric mentality. He has been outside the beltway.

We have a new chancellor at UW-Madison, who has poverty economics as a specialty and, therefore, should appreciate that the state’s major pockets of poverty lie outside prosperous Dane County. She surely must realize that our flagship campus has a statewide mission.

And, soon, there will be a new chancellor at UW-Milwaukee, the emerging second powerhouse university in the system, which only needs funding equivalent to UW-Madison to flourish and provide greater impetus for reinventing Milwaukee’s flagging but ascending economy. In that vein, Mark Mone, the interim chancellor, helped develop UWM’s strategy of engaging industry and becoming a major R&D player. He will not have to reassess before moving forward on the new UWM vision.

Further, we will have a newly elected or reelected governor by year-end with a honeymoon in 2015 to tackle the big issues of the state.

Second, the finances of the university have become a major challenge. Governors and legislatures have backed off on support for education as their inability to manage health costs consumes state budgets. There needs to be a new compact between the state’s political and university leaders.

Financial stewardship issues abound for the system: climbing and unsustainable tuition levels, onerous student debts, difficult access in the face of the above, appropriate levels of reserves, management and best use of off-balance sheet assets at UW foundations, and stingier appropriations from governors and legislatures.

The university has stumbled through a series of financial controversies and has no consolidated balance sheet that allows full accountability.

Third, it is now accepted economic wisdom that universities play a pivotal role in what is called the innovation economy. Accordingly, the UW System has moved to engage the imperative of job creation.

But job creation strategies are better implemented at the regional level, suggesting that the 26 UW campuses need to be reorganized on a regional basis, not a Madison-centric basis. Besides, UW – Madison has its own issues with a poor track record on industry-sponsored research, a reduction in federal R&D dollars, lower patent revenues and a lackluster generation of startups. Madison is lagging other university cities for job growth.

The state has a hard-won economic strategy: Be Bold – The Wisconsin Prosperity Strategy. However, it has been only partially implemented. The state’s regional economic development organizations are the logical implementers of much of that strategy, with the universities in their regions leading the way.

That should appeal to out-state legislators who don’t see enough deliverables from the university beyond its wonderful graduates.

An example of a unit that has lost a clear mission is UW-Extension, a throwback to the pre-internet age when farms weren’t computerized. A reorganization initiative would address such unattended issues.

As a leading player in the state’s economic trajectory, the university needs to take a hard look at its impact on the statewide prosperity of it citizens.

It’s in UW System’s best interests. Former UW President Katharine Lyall once observed that a state with below average incomes and below average wealth cannot long sustain a world-class university.