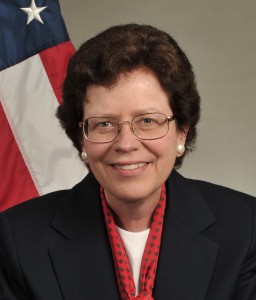 Rebecca Blank, the new chancellor of the University of WisconsinMadison, has her work cut out for her if she is to position her taxpayer-built institution as a prime mover for the state’s prosperity.

There is a growing concern that part of the state’s laggard economic performance can be put at the doorstep of its flagship campus. The massive taxpayer inputs to that powerhouse campus don’t seem to match the outputs.

Put succinctly, the state has been losing GDP share for four decades or more. And it’s not getting better. The state ranks in the bottom ten year after year in job and business creation.

It is a given that UW  Madison plays a huge role in turning out accomplished graduates, many of whom go on to be leaders in the state and nation. Where would the state be without them?

Give the Madison campus an “A” grade on the supply side.

It’s on the demand side where the problem lies. Those graduates need jobs, and that comes from business creation. Even the jobs on the public side depend on business creation, the ultimate source of supporting tax dollars.

When the economy lags, businesses cut back on job creation, but cuts often follow on the public side not long afterward. That’s true almost everywhere, except in Madison where the public ranks grow in good times and bad times, under Democratic governors or Republican governors.

Maybe it’s that bubble around Madison that saps the urgency for growing the economy. Even there, though, the Madison economy hasn’t kept up with othr metro areas that are home to major research universities.

Soon-to-be Chancellor Blank, an expert on poverty policies, needs to shift gears to a propserity strategy for the state. She needs to seize the moment to put the university back at the center of the economic dynamics of the state, much as former UW President Katherine Lyall made a heroic attempt to do a decade ago.

Among her initiatives could be these:

 * Focus the campus on entrepreneurship in the mode of Stanford, Utah and MIT. We pale in comparison. Academic R&D, patents and licenses are great, but the payoff for citizens comes from business creation and the resulting job creation. Make the effort statewide.

 * Engage foundations affiliated with the UW in business startups. The Wisconsin Alumni Research Foundation gave her a leg up, a starting point, last week by teaming with the state pension fund to launch a $30 million venture fund for IT startups. Great. But what about other foundations, like the UW — Madison Foundation with more than $2 billion in assets? Other foundations also could make alternative investments in the intellectual property of the state.

 * Lead the way back to the Wisconsin Idea. The time-honored state concept of pulling together the state’s best experts on different public policy issues should appeal to Blank, whose academic and government career centered on public policy. Since Lyall and Gov. Tommy Thompson, that methodology has withered. Instead, cocooned governor staffs have dominated policy making. Organizations like Competitive Wisconsin have had to step into the gap.

 * Engage the private sector, standard operating procedure at Stanford, Utah and MIT. Take a page from UW — Milwaukee Chancellor Mike Lovell, who is getting that interaction into high gear. UW — Madison lags other Big Ten universities on industry-supported reserch.

 * Do a strategic study of the various departments, centers and institutes on the campus. Many of the centers that should be leading the thinking about the economy and driving innovation are invisible. What is the role of UW  Extension, for example? Where are the LaFollette Institute and the Center on Wisconsin Strategy? We need a replacement for the late Don Nichols, who led pieces of economic thinking about Wisconsin.

 * Use public policy expertise to look at the under-managed benefit structure for university employees. Tens of millions of dollars could be saved for better purposes if public employees were on the same kinds of plans as private sector employees. That’s where the money is. Don’t complain about budgets until you have done so. FYI: that can be done while IMPROVING health care.

Well, that’s more than enough for one column. Welcome to Wisconsin, Chancellor Blank. We are counting on you.