In his “Annual Open Letter to the People of Purdue,” President Mitch Daniels paints a very challenging marketplace for Midwestern colleges and universities and the resulting need for strategic innovation. 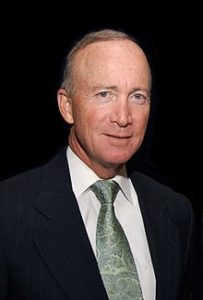 It’s a remarkable piece of communication, the kind of high-level positioning largely missing in Wisconsin.

Consider these trends laid out by Daniels:

“Worried yet? Daniels asks at one point in his letter.

This gifted leader, who unfortunately didn’t run for president with prior experience in the private sector, as governor of Indiana and U.S. budget officer, worries himself, but expresses it in a clear but humble strategy. He and his people crafted ten “Purdue Moves.”

Always a STEM (science, technology, engineering and math) intensive school, one of Purdue’s moves was to double down on an expansion of engineering and computer science.  In 2018, six of ten freshmen were in STEM majors. The Purdue Polytechnic Institute was created to accommodate the growth.

That same dynamic is working for Montana State University in Bozeman, which is booming in enrollments, while Montana University in Missoula is losing enrollment with its liberal arts emphasis.

UW – Stevens Point is making the same bet on STEM to reverse its enrollment decline. That has meant a controversial “move” to drop some humanities majors.  Point Chancellor Bernie Patterson has made a rare strategic change of direction inside the University of Wisconsin System.

Merger of 13 UW Colleges and UW Extension into the four-year colleges was of a strategic nature, but it generated by the need to do something about the sharply  dropping enrollments at the colleges.

UW – Milwaukee has made strategic “moves” that Chancellor Mark Mone calls big projects. They include partnerships with major organizations in the region; an expansion of research and development as an R1 certified university; a campus-wide initiative on entrepreneurship across all disciplines; doubling down on its access and diversity mission; and a STEM emphasis, including new chemistry and engineering buildings over the next two state budgets.

Similar strategies by Daniels at Purdue have yielded record results. Enrollment at “Purdue Global” has topped 45,000. Its freshman class is the largest ever. Over the last six years research awards have improved from $351 million to $454 million; donations have risen from $280 million to $452 million; and applications have increased from 59,000 to 86,000. Lafayette, Indiana, its home, has become known as “Startup City,” with 223 startups since 2013.

That’s the kind of track record that UW Regents and President Ray Cross should be thinking about as they consider a blue ribbon commission on the future on UW’s 26 campuses.