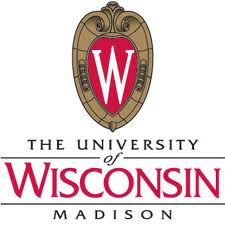 Now that the divorce of the University of Wisconsin – Madison has been wisely called off by the Legislature, and the university system as a whole has rightly been given more flexibility on financial matters, it is the right time for university leaders to re-energize the Wisconsin Idea for the purpose of reinventing the state’s economy.

It is not enough for the university system to turn out graduates. It must also help on the demand side to create an entrepreneurial culture. It is the entrepreneurs who create the jobs the citizens need.

University leaders know they have that responsibility. They orchestrated the first economic summits a decade ago, and they participated heavily in the economic summit with 30 other stakeholders last summer.

Incidentally, the university could fix its budget shortfalls with innovative and aggressive management of health costs. UW – Madison spends more than $300 million a year on health care — $21,000 per employee in the state health plan. That’s three time best practice in the private sector.

Large employers across the country have stampeded into consumer-driven health plans and on-site primary care, and they have tamed the inflation beast in medicine. Their employees love those plans. There is more than enough savings in those reforms to cover the $43 million deficit at UW – Madison and similar deficits at the other 25 campuses. Use the newfound flexibility to go there pronto.

But I digress – without apology. Back to the state’s ailing economy:
UW – Madison, in particular, has been extraordinarily successful in pulling in federal dollars for research. Its Wisconsin Alumni Research Foundation (WARF) has led the nation in turning that research into patents and licenses. But there haven’t been near enough startup companies coming out of that UW technology development, and, again, that’s where the jobs are. There’s a major disconnect between inputs (R&D dollars) and outputs (jobs).

One report shows only one startup in 2010 from UW – Madison intellectual property. A web site for WARF shows 37 startups by 2007, or about one for every two years of its existence.

Further, UW – Madison has not yet sufficiently spread its muscle across the state when it comes to intellectual property. The foundation’s original mission was support of research at UW — Madison, but it has gotten the message that it needs to make a statewide impact – in accord with the Wisconsin Idea. A foundation subsidiary has done a couple of deals at other campuses.

The WARF fund has been reported at $2 billion, and it is not encumbered with the “prudent man” rules that inhibit pension funds from major alternative investments. It has ear-marked a small piece of its portfolio for startups, but the impact statewide has been minimal to date.

The university has other roles to play in rejuvenating an ailing economy. Its Madison campus is leading the way in pushing entrepreneurial studies deeper and wider on campus – into more disciplines than business and engineering. History majors need jobs and opportunities, too.

If I had my way, every student on the 26 UW campuses, the 47 tech college campuses and at the 20 private colleges would be exposed to the idea of making a job versus taking a job.
They would think like Judy Faulkner, who launched Epic Systems in 1979. It now employs 4300, many of them UW grads. It will hire another 1000 people this year as it sales climb toward the billion dollar level.

Almost every major thinker about how to build economies today has come to the conclusion that innovation through business startups is the best strategy. It should be incorporated wholly into the Wisconsin Idea as a more flexibly managed and still integrated UW System moves forward.