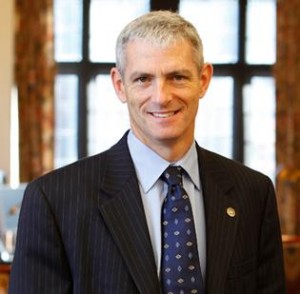 The accelerated pace of startup activity in the M7 region provides a golden opportunity for the University of Wisconsin – Milwaukee to rebrand itself as an E – University –E for Entrepreneur.

Unlike UW Madison, a major player in an academic R&D in the world, UW – Milwaukee has the major advantage of being in the middle of Wisconsin’s powerful business community. Much of the state’s horsepower in business resides in the M7 region. That is an enormous resource.

The M7 reservoir of business acumen shows up in many ways:

• The deal flow for startups is robust, often from entrepreneurs jumping out of major corporations in the region.

• Their business plans are close to fully baked, as opposed to those ginned up by researchers. The M7 entrepreneurs, often middle age, know what business is all about.

• Mentors for the new ventures are readily available from the ranks of experienced business leaders.

• A growing cadre of angel investors is stepping into the startup game. An example is the recent creation of a $10 million early stage fund by a prominent local Milwaukeean.

UW – Milwaukee has done a great job over the last couple of decades in connecting to the region’s business community. And it is accelerating that inter-connectivity under Chancellor Mike Lovell. He totally gets the benefits of a dynamic linkage between academe and business. (Entrepreneurs, for instance, are the biggest donors to colleges.)

In the startup arena, Lovell and his team have taken steps to make UWM a hotbed of entrepreneurship. He travelled to Babson College in Massachusetts to learn about its exemplary educational programs for aspiring entrepreneurs.

Two Babson professors have subsequently been pulled into Milwaukee to scale up the region’s startup knowledge. Professors can’t be of much help in the real work of starting companies, but they can help to spread entrepreneurship studies on campus. Classes, lectures, courses, case studies and degrees can sow seeds in the minds of young people who might want to start a company someday.
Only a small percentage of students at the region’s 20 college campuses are exposed to the idea of starting a company, so there’s a lot of development yet to be done across all departments on these campuses. UWM is engaging the Peck School of Arts in its startup push. Arts majors need jobs, too.

As the biggest academic institution in the region, by far, and as an emerging research university, UWM is stepping into a leadership role on the education side of a startup economy. Babson could help with branding UWM as a hub for learning about how to launch or grow a new venture.

When it launched in 2008, with the blessing of M7, the Greater Milwaukee Committee, the Metropolitan Milwaukee Association of Commerce and WE Energies, BizStarts Milwaukee made entrepreneurship education one of its four major initiatives. That was a major piece of its broad strategy to create an entrepreneurial ecosystem in the M7 region.

Business people in Milwaukee have been supporting the educators, including such functions as judging the BizStarts regional business plan contest. John Byrnes of Mason Wells put up the prize money for the initial years of the contest.

Meanwhile, BizStarts is charging ahead on its other three strategic initiatives:

• BizStarts Connect to link all parties to the entrepreneurial effort, now more than 3000 strong.

• BizStarts Buzz to evangelize about the virtues of an innovative economy led by entrepreneurs.

• BizStarts Venture Track to propel startup teams from concept to launch and beyond. Its mentor program was modeled on MIT’s, and draws on seasoned business experts. It introduces entrepreneurs to investors.

All the moving parts of the new venture machine are being hammered into place in the region with the support of many business leaders.

The key metrics for this regional strategy are: 56 high growth startups since 2008, $82 million in capital attracted by those ventures and 583 jobs directly created.

It is important to understand that gross business startup numbers are not the strategic metric that matters. Starting restaurants, day care centers and retail shops is important, but they are not strategic drivers of the regional economy. So, disregard the political and academic hoo-ha about macro business creation.

Rather, it is the gazelles, the high growth startups, that reinvent and drive the economy. The smaller establishments down the supply chain would not be there without the gazelles. All the great employers in Wisconsin started here and now reside at the top of different supply chains.

Taking stock of the last five years of getting gazelles out of the starting gate, the regional momentum is impressive.