Who will replace Professor Cluster? 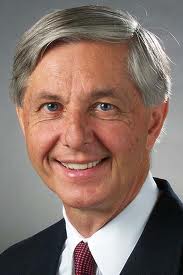 When Don Nichols and I worked on white papers for the Wisconsin Economic Summits of 2000 to 2003, we used to kid back and forth. I labeled the head of UW – Madison’s economics department “Professor Cluster.” And he labeled me “General Cluster,” a not-so-kind allusion to a general who didn’t do so well.

We were pushing the concept that the economy worked at the strategic level in clusters, export-driven industries, where many players interact to produce prosperous results. Examples are watch making in Switzerland, information technology in the Silicon Valley and dairy and forest products in Wisconsin.

Professor Nichols, who just died at 72, did a brilliant piece of segmentation when he broke out of the state’s traditional cluster array (papermaking, machinery manufacture, agri-business, tourism, etc.) a previously unidentified sector that he called “business services.”

That includes a broad swath of high-pay professional jobs in computer-based areas like accounting, financial analysis, marketing, IT and engineering consulting. He was right about that; that sector keeps growing; and mature sectors like manufacturing keep shrinking in terms of employment.

There is now a consensus in the world of economic development that the economy does indeed operate in clusters, and some leaders have caught on. The M7 regional strategy revolves around driver export industries, aka clusters.

The M7 strategy for Southeastern Wisconsin honors some of the mature clusters like advanced manufacturing and food and beverage processing, and it also promotes emerging clusters like fresh water technology and energy storage.

The state has not done so well in the clusters that are the heart of business services, like insurance and finance. We have lost headquarters in both sectors for a variety of reasons, but partly because they have not commanded mind share of Wisconsin political and economic leaders.

The expansion of Northwestern Mutual Life in downtown Milwaukee is a spectacular exception to that trend.

In contrast, Iowa has adapted its regulatory approach and has gained finance and insurance jobs.

The Nichols idea coming out of the economic summits a decade ago was that business, the university and government would join hands to ensure all the right ingredients of policy were in place so that exporting clusters thrived in Wisconsin. That kind of governance hasn’t happened, with the exception of everyone rallying behind manufacturing, agri-business and a heavy commitment to bio-technology in Dane County.

An experiment with a cluster council for the state’s printing industry showed promise. Printing and government leaders got together for two meetings, and they quickly determined the strategic needs of the industry, such as more collaborative regulation. But it fizzled for lack of leadership.The Great Recession didn’t help. Printing executives, including Gen. Cluster, worried less about strategy and more about survival.

Nonetheless, Don Nichols, who advised one president and three governors, should serve as a template for the Wisconsin Idea, the tradition that the university should be completely engaged with the workings of the state.

He was engaged, he cared about the state’s prospects and he had an impact. He was the lead expert on the Wisconsin economy.

The university, of course, has a role to play in every aspect of the state as it provides graduates in a wide variety of disciplines. Call it a supply side function.

But Nichols believed it also had an obligation on the demand side, growing the economy so graduates could stay in Wisconsin and find good jobs. Two public policy institutes at UW – Madison, the LaFollette Institute and the Center on Wisconsin Strategy (COWS) have had little impact on state economic strategy.

Neither, for instance, was involved in the 2010 statewide effort to draft “Be Bold – The Wisconsin Prosperity Strategy.” It was an update of the work of the summits a decade ago, an energetic exercise led by then UW President Katherine Lyall, an economist.

Some good things came out of the summit beyond the cluster concept, such as a push for more angel investing and more startups.

But the state still badly lags the nation on business and job creation. Our average wages are dropping compared to other states. Our share of federal dollars remains pathetic. Be Bold has not been boldly adopted.

On the plus side, the state has returned to fiscal solvency, but balancing budgets is not enough. We need a replacement for Prof. Nichols, someone who can keep score and shine a light on a forward path for our economy.

Maybe a private university will have to fill the need.