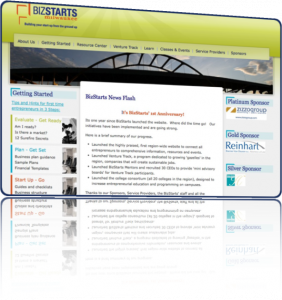 As the clamor over union rights for public employees consumes Madison, entrepreneurs are quietly attacking the overriding problem afflicting Wisconsin prosperity. They are creating companies and thereby creating jobs.

Creating 250,000 jobs was the number one message in gubernatorial election, and no one wanted that message to get lost. But lost it is. The noise and divisiveness over union prerogatives and balancing the budget are just too loud for any other message or agenda to survive.

Yet the entrepreneurial strategy endures, without a lot of attention from political leaders. BizStarts Milwaukee has kept score of startups in the seven counties in Southeastern Wisconsin since the non-profit launched in late 2008. Since then, 29 high-growth ventures have been launched by collection of players across the M7 region.  That’s about one a month.

Jobs creation goes slowly at the launch of a new venture as its business meets the realities of the marketplace. Some fail fast, but others more to higher ground; new jobs are added to get the products and services as the customer base widens.

Helios, for example, just launched solar panel manufacturing in the Menomonee Valley with 17 jobs, but expects to grow to 50 as it brings on new customers.

So far, the M7 region has been blessed with about 270 new jobs as a result of the 29 ventures. That number will grow smartly as firms mature and as additional enterprises are launched.

Now in its third year, Spaulding Clinical Research in West Bend has grown to the equivalent of 78 fulltime jobs, all at good wages.

The high growth companies, known as gazelles, are those that can grow to $20 million in sales or enterprise value, sell a global product or service and succeed in attracting professional investment capital.

These are the young companies that provide all the job growth in the country. Our market leading exporters serve the economy by adding wealth, by protecting and maintaining the current job base, but they don’t add jobs. Actually, they have been shown to systematically reduce jobs as they merge, out-source and streamline.

BizStarts, which provides a support system for aspiring entrepreneurs, believes that the rate of high growth startups can be doubled as the region creates an entrepreneurial ecosystem. Instead of episodic occurrences, the creation of new companies will become systematic.

The major piece of help from the state has been the bipartisan Act 255 tax credits, which gives angel and venture investors a 25% tax break. That helps mitigate the high level of risk involved in early stage investing.

There is also a break on capital gains tax if investors reinvest their wins in Wisconsin companies.

There is a recommendation in the “Be Bold – The Wisconsin Prosperity Strategy” for the creation of ten-year, billion dollar fund for the advancement of innovative technologies and startups, but it is not getting much traction amidst the fiscal and political turmoil in Madison.

The state’s heavy debt load is a major impediment to creating such fund, even though other states, like Ohio and Kansas, have deployed them to great advantage. The Wisconsin cupboard is bare.

Nonetheless, the argument can be made that tough times is exactly when the state should step in with some supplementary investment in the innovation economy. So said Dan Berglund, CEO of the State Science and Technology Institute, which tracks efforts to build technology-based economies: “In a down economy, now is the time when you really have to invest in the future. It’s even more critical at this point.”

Other states, especially those in the beleaguered Rust Belt, are trying all kinds of methods to accelerate a startup economy. In contrast, Wisconsin still has a dearth of early stage money. The network of angel groups across the state is more hype than reality. Only a few are really doing deals on a consistent basis.

What Wisconsin really needs is a network of six to ten early stage funds spread across the state. Each fund could consist of locally raised private dollars coupled with a smaller match of public funds.

It appears that a build-up of early stage funds to propel the creation of new companies and their high pay jobs will have to come solely from the private sector.