Epic shows what clusters, entrepreneurs can do 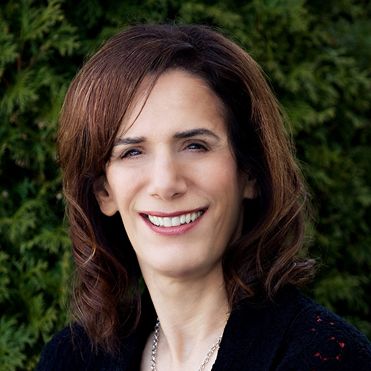 Epic Systems in Verona is expanding so fast in health care informatics that it’s hard to fathom its growth. From a start-up in 1979, it has grown to 5200 employees and could reach 6000 by the end of 2012.
It is one of the brightest lights in the Wisconsin job creation picture and illustrates perfectly why the state’s leaders need to focus their economic strategy on clusters and entrepreneurs who are winners.
While Wisconsin has poured $1 billion in life sciences research and development, Epic, one company, has more than double biotech’s number of jobs in the state. Not including medical devices, another strong cluster for Wisconsin, biotech employs only a couple thousand people.
It is not unreasonable to think that biotechnology will be a decent player in the future in terms of jobs, but that could be decades down the road. The potential for stem cell therapies, for instance, is now an area of some disinvestment due the long development timelines.
Young drug companies are necessary for the good of mankind, but only employ a few researchers. In terms of job creation, drug testing companies are a better bet. Spaulding Clinical Research, a three-year-old startup in West Bend, already employs more than 100.
These examples are important, because state policy on clusters and entrepreneurship is muddled at best. Almost every economic observer agrees that the economy works in clusters. The California wine industry is always raised as a showcase for how a collection of growers, researchers, vendors, professionals who are experts in the industry, financiers and government regulators can combine their talents to create a hub for job creation.
Why wouldn’t Wisconsin do the same in informatics? Every cluster needs a market-leading company, and Wisconsin has several in health care data processing, such as Epic and GE Healthcare Systems in Southeastern Wisconsin. Universities in the state have responded with new majors and advanced degreees in the field – just what smart policy would have happen.
Wisconsin, in short, should kiss the ring of Judy Faulkner, the founder of Epic Systems. The Wisconsin Prosperity Strategy, drafted in 2010, suggested as major thrusts that we hug our entrepreneurs and hug our market leading companies. Faulkner is both. She merits a double hug.
If the cluster approach is the best organizing concept for economic development (name a better one), then the policy question becomes: how do we repeat the success the state has had in informatics? To be honest, the state didn’t have much to do with the success of the informatics cluster, with the major exception of the essential role of the universities in providing bright young graduates who have propelled the companies.
The moral of the story seems to be that the state should go with the flow. It should make bets on the state’s strengths. It should let the private sector lead the way and not try to pick winners or losers early on.
The M7 regional development organization in Southeastern Wisconsin has adopted a cluster strategy, calling them driver export industries. The fresh water technology is one of its discovered choices. Importantly, it starts from a platform of more than 100 private companies in the sector, including several market leaders.
Early on, it looks to be a winner. A.O. Smith has transformed itself into a water technology company; UW Milwaukee has several new patents in the area and one small startup that is working to deploy enzymes to soften water; cranes will be erected shortly for the new fresh water campus next year; and a new incubator or joint corporate and academic R&D will be established soon.
It is a noble experiment to turn Milwaukee into a hub of fresh water academics, technology and commercialization. A world of scare water needs a ton of innovation. This emeging cluster looks to be a winner for the region and state.
There are critics out there who argue that cluster theory revolving around real estate developments is a failed answer to economic development and job creation. They maintain that its all about entrepreneurs and supporting networks of smart, savvy people.
The Be Bold strategy offered the idea that it organize its economic development by clusters. It also called for a robust entrepreneurial ecosystem. to whoever became new governor. So far, those complementary strategies have grabbed hold in some regions, but not in the capitol. The new Wisconsin Economic Development Corporation is pondering the concepts.
Meanwhile, Faulkner’s company is putting up a $75 million third complex on its star wars campus, including an auditorium for training that holds 11,000.
Think about all the new jobs down the supply chain under that booming cluster leader.