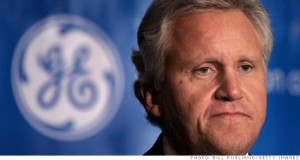 Piece by piece, GE Healthcare is moving substantial parts of its operations away from Waukesha and Wisconsin, and it’s not a good thing to suffer erosion in a high tech, high export, high growth business.

Tom Hefty, who lives in Waukesha, served as interim Waukesha County executive and follows the state’s economy closely, sees the gradual exodus as a telltale that Wisconsin hasn’t been serious about supporting its most important industrial clusters. Here’s a recent e-mail from Hefty on the subject:

“This (exodus) is the worst Wisconsin development in my lifetime. It started in 2004 when GE moved its healthcare headquarters from Waukesha to London, England.

“Then GE opened its new research center in New York State. Now the X-ray team is moving to China.

“GE has sold off the land around its old Waukesha headquarters.  The Information Systems building in the Milwaukee County Research Park, which opened in 2006, is well below capacity—and GE has only a short-term lease on that Wauwatosa property.

“It is hard to believe—Jeff Immelt, the GE CEO lived in Waukesha for five years; GE held its stockholder annual meeting at the Waukesha County fair grounds in 2002; and Wisconsin was the GE Healthcare headquarters for 25 years. But Wisconsin’s political instability did in the GE relationship.

“Wisconsin literally intentionally disadvantaged GE on corporate taxes (combined reporting changes); on highway access for the new building; on UW’s failure to build research relationships; and then on disclosure of corporate information relating to the movie tax credit—among many other things.

“After Immelt left, the Milwaukee media felt compelled to publicize the price of his Waukesha house—roughly the price of the garage at his new Connecticut home.  But in Milwaukee it was symbolic of corporate ‘excess.’

“I watch the Democratic attack ads on Milwaukee TV against rich people and corporations, and then I see GE slowly leaving the state.  It is a sad day for Wisconsin. Not since Cray Computer left Wisconsin 20 years ago have we lost a market leading company in a growing high tech industry.

“Immelt is head of Obama’s jobs task force—-and it seems apparent that Obama is not pushing to keep jobs in Wisconsin.”

Hefty added that there was a recommendation coming out of the first set of economic summits a decade ago that UW – Madison should connect to GE. Instead of putting its next research park near Waukesha, it went to Verona.

In fairness, Hefty points out that there have been some positive moves in terms of keeping GE Healthcare happy here. UW – Milwaukee will build its new engineering campus next to the Medical College of Wisconsin and GE’s Wauwatosa facility, and both institutions are working hard to connect more deeply with GE.

Further, the current legislature has made some moves that will help how GE  — and other large manufacturers  — look at the state. It has tweaked the combined reporting tax law, so that it may end up as a positive for some corporations based here. It passed a tax credit that offsets most of the state’s corporate income tax for manufacturers and agri-business. And it has passed business friendly laws that will help reduce undue corporate liabilities and will clarify future rule making.

Gov. Walker has visited GE Healthcare, and that also helps.

It is now time to move on a recommendation from the economic summit of 2010 that cluster councils be created across the state. About a dozen councils, meeting a couple times a year, would ensure that government, business, labor and education leaders stay in harmony of keeping our leading companies competitive from a Wisconsin base.