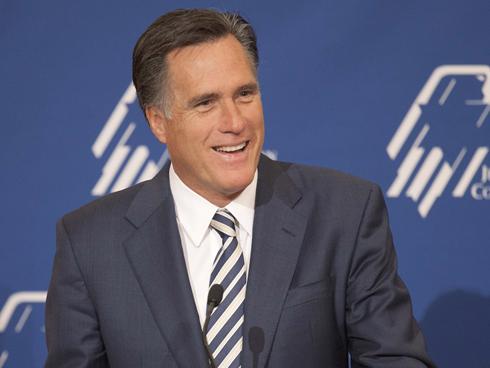 Finally, we have a presidential candidate with clue about job creation. In his Florida victory speech, Mitt Romney said several times that entrepreneurs are the way forward for renewed prosperity America.

In what could be viewed as a poignant punctuation point for his comments, Facebook announced the next day that it is going public at a value approaching $100 billion. Think about the triple bottom line from this great entrepreneurial leap for America and the world:

The Romney entrepreneurial roadmap for job creation and renewed prosperity comes amidst newly learned lessons about economic development – another name for job creation. We have learned that hundreds of billions of dollars spent by the federal government provides little if any stimulus.

We have learned that near-zero interest rates administered by the Federal Reserve Board can’t get the job done as a single tool.

Other realities: billions in cross-border subsidies by the states are a zero sum game for the nation; real estate development is not a strategic driver, since building occupancy depends on a healthy economy; workforce training is a secondary strategy because the jobs have to be there first; private sector jobs are the goal, because they pay for public sector jobs.

So where does that leave us as a nation? It leaves us with the entrepreneurs as the way forward. The Kauffman Foundation, which bought pro-entrepreneur ads for the Super Bowl, did the research in 2009 to show that all net new jobs come from young companies.
Let me again repeat that word: ALL.

Israel calls itself the Startup Nation and has risen from a desert to one of the most prosperous countries in the world. Its government is heavily involved in creating an entrepreneurial ecosystem. Cleveland and Milwaukee, among the U.S. cities with the most poverty, are following Israel’s lead on startups.

What could the U.S. government and the states do to stimulate the economy through business creation? Entrepreneurs don’t need the heavy hand of government in company affairs – Facebook didn’t –but there are broad measures that could help to set a direction in what’s known as the Innovation Economy:

Romney’s generalities are directionally sound at a time when 1, Most politicians have no blueprint on how to create jobs, and 2, The rate of new business creation is falling – 6.2% below pre-recession levels in 2010.

President Obama has uttered similar generalities about the need for more startups.
It behooves politicians to cater to small business people, because there are lots of them and they vote. Chalk up some of the campaign rhetoric as talk-talk to win those votes.

While America has been a hub of innovation and entrepreneurship, the place where venture capital was invented, we are falling backward on levels of venture investing and business creation. Nonetheless, the United States as a Startup Nation is a vision that innovative, individualistic Americans could get behind. Has someone got a better idea?

It would serve the nation well if the presidential candidates got serious and more specific on the campaign trail about how they are going to follow through on their pro-entrepreneurship generalities.