Sorry, but corporations are wrong target 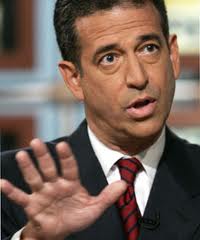 The upheaval in Wisconsin over union rights in the public sector is a monumental political conflict between the two major parties and between public employee unions and their governmental managers. So, how did private sector corporations get dragged into the turmoil?

Ironies abound as unions and Democrats try to score points with the public by making business the whipping boy and as unions launch boycotts against businesses whose indivdual managers supported Scott Walker for governor.

First, Democratic supporters, mainly labor unions, spent as much in the recent legislative elections as GOP supporters. The spending was about $9.5 million spent on campaigns on each side of the aisle. Arguarbly, that’s way too much money. Nonetheless, it was an even playing field. It is impossible to make the case that corporate fat cats had an excessive influence on the campaign.

Second, the winning Republican message was a protest to the enlargement of government and the hemorrhage of red ink under the previous Doyle Administration. What did corporations have to do with that over-reach by the Democrats? Not much, except to express dismay from the sidelines as the programs and deficits accumulated.

Third, while many business people support the Republican agenda for the economy, there are plenty of business people in Wisconsin and other Heartland states who support Democrats.  Further, many businessmen and women have developed a profound distaste for hyper-partisan politics of either stipe, and they have become independents. They are probably a majority in business ranks.

Fourth, at the very bottom of the fiscal crisis was the economic free-fall of 2008-2010. Its after-shocks continue.  The Wisconsin economy has fared more poorly than the country’s as a whole. When businesses do poorly, so does the state treasury. Business distress, combined with unbridled spending at the state level, caused the Wisconsin fiscal crisis.

You would think, then, that leaders and clean thinkers on the right, left and middle would be pulling for corporate recovery across the board.

But there’s an old rule in partisan politicking: if you don’t have an enemy, invent one. Former U.S. Sen. Russ Feingold is doing just that. He said recently that the Walker thrust has “everything to do with advancing the national corporate agenda.”

Yet the business people who supported Walker for governor had no idea that he would go after the public unions as hard as he has. From what I can tell, nobody divined that he had that agenda, even close political allies. As Democrats have complained, that agenda was not evident in his campaign. Necessary concessions from unionized employees was part of his campaign message, but not the rest.

My deduction is that the union busting agenda came primarily from Walker himself. He spend eight years as county executive battling multiple unions over the country budget. His frustration level must have been high, especially since he had an adversarial county board and got no help with his tense bargaining. He must have come to the conlusion — from his own experience — that union baragaining powers had to be curtailed. His corporate supporters had nothing to do with it; not was it their issue. There was no “corporate agenda.”

Fifth, the battle between unions and management has a dead letter in the private sector, mainly because the two entities are inter-dependent for survival in a world of fierce global competition. The good old days of U.S. business supremacy and fat union contracts are gone. If a U.S. company succumbs to global competitors, it goes away and the union jobs go with it. Only 8% of employees in the private sector remain unionized.

Survivor companies and their unions have adopted more collaborative practices in place of the failed adversarial models. (Note the recent profit sharing bonuses in the auto industry.)

There is little similar collabroation in the public sector, where union members have had a seemingly unending sense of entitlement. How in heaven did we ever get to a place where policemen can retire at 43, firefighters at 49 and teachers at 55?

We got there because there has been little push-back from government managers and Democratic politicians, like Feingold, on behalf of the taxpayers. Negotiations have been a group hug.

If, in absence of a winning argument, the anti-Walker forces need a whipping boy, then go after the corporate leaders who actually supported his union strategy, like Koch Industries. The Kochs can handle it. Go after the greed-encrusted leaders on Wall Street, who showed an utter disregard for the financial stewardship of the country over the last decade and brought the economy to its knees.

But leave the average business alone. Its people the nation’s necessary products and services. The businesses of America pay wages and make profits, from which taxes to pay unionized government workes are derived..

The current boycotts and attacks on business will only take the economy down a notch or two, leading to even less tax revenue to cure what ails Madison.

Like it or not, now that the Republican majority in the Wisconsin Legislature has unshackled local government and school districts from bargaining with their unions over benefits, there is a golden opportunity to reset how they deliver health care benefits.

This will have wide ranging impacts across Wisconsin, the Heartland and the nation. Only a few public sector payers have taken advantage of consumer-driven health care, and now they are free up to do so.

An estimated 40 million Americans have signed up for personal health accounts in the form of HSAs or HRAs since they were enabled eight years ago. Tens of millions of additional consumers could be created if local governments, all of whom are facing intense budget pressures, follow this route.

Current health care costs in government are outrageously high, the product of deep-seated hyper-inflation on the economic side of medicine and years of gradually more expensive concessions by boards and administrators. What’s been missing in the public sector is the innovation that has allowed the private companies to radically improve the economic model for health care.

The contrast is staggering. Take West Bend in Washington County, Wisconsin. My company, Serigraph Inc., delivered full health benefits in 2010 for $8300 per employee for a family plan. The comparable costs for school districts in the County range from $19,344 in West Bend to $22,428 on the high side in Kewaskum.

The national average for a family plan in  2010, according to Kaiser Permanente, was $14,033 per employee.

So, the school districts pay out more than double what Serigraph pays for essentially the same coverage.

This differential is no small matter. Say a district has 500 employees using its family health plan: the annual health cost expenditure comes to about $10 million. Saving half of that by adopting a more intelligent plan would yield $5 million, more than enough to offset pending cuts in school aids from the Madison.

Further, this reform, real reform, would not be a one-time fix. The fundamental principles of well-designed private plans endure for the long term. Serigraph, for example, has kept its annual average increase under 3% for eight years running.

There are three platforms necessary for meaningful reform of health care economics. First, incentives and disincentives need to be introduced, which is accomplished by giving each employee a personal health account, accompanied by a higher deductible and co-insurance. Up to an out-of-pocket maximum, it becomes the employees’ money to spend or not spend.

It is now beyond debate that behavior around health care changes dramatically with skin in the game. Individual responsibility kicks in. People become intelligent consumers of health care, instead of passive recipients.

Second, the health plan must be designed to keep people out of the hospital. They are dangerous and expensive places. You don’t want to be there, especially at $5000 a night.

The best way to keep people healthy is proactive, free, on-site primary care. Companies like Quad Graphics do just that. They surround employees and family members who have chronic diseases with all the primary care tools they need to stay out of the hospital.

Third, the health plans need to steer their members to “centers of value,” those health care providers that offer the best combination of service, quality and price. Why pay $50,000 for a hip replacement when high quality hospitals in the same market area deliver a ceramic-coated, titanium hip for half that?

These changes may seem scary to public employee, because they depart from the status quo. But they can be introduced in stages and they can be made voluntary – with heavy incentives to make the switch.

Gov. Mitch Daniels used that approach in Indiana, and it worked with his state employees. More than 80% have converted to a consumer-driven plan, and the savings have been huge.

Besides, the pain of switching to a new kind of health plan isn’t all that high. Surveys show high levels of satisfaction with those types of plans. The Serigraph health plans scores high in employee surveys.

A recent analysis by Aetna shows savings of more than 20% for such consumer-driven plans. That generally squares with previous studies by Mercer and Cigna.

The Daniels’ voluntary approach should be palatable for local and state government in Wisconsin. Who can really argue with creating an option? A change-resistant teacher could stick with a standard plan if he or she wanted to pay more.

School districts in Wisconsin have been exceedingly slow to innovate, mainly because of the need to bargain for any change. With the requirement to bargain changes now history, the time for change is now.

The donnybrook in Madison over the last month has been ugly to watch. But the laws of the state did change as a result.  Challenges to the changed law care unlikely to prevail. Courts are generally unwilling to overrule actions of a majority of the legislature and the governor

No fair-minded citizen wants to see union members lose health coverage or benefits. These public servants are responsible for some of society’s critical functions, such as educating our children. But they don’t have to lose anything under more intelligently designed health plans.

Indeed, benefits can be improved, such as offering on-site primary care. The employees can win, and so can the taxpayers.

(For more information on this topic, check out my book, The Company That Solved Health Care or my blog: www.johntorinus.com.