Walker grades B or incomplete on jobs 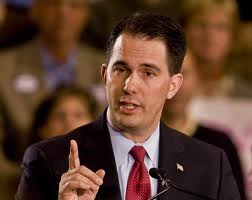 Cory Nettles, former Secretary of Commerce under a Democratic governor, gave Wisconsin’s Republican Gov. Scott Walker a B or B+ for job creation in his first six months in office.

That’s not a lot of time to move the economic needle, so I gave the governor an “incomplete” in the same TV interview. My rating on the governor’s foremost campaign promise, that of creating 250,000 new jobs by the end of his first four-year term, was based on his progress, or lack thereof, on executing “Be Bold – Wisconsin Prosperity Strategy.”

That strategy, the first-ever economic strategy for the state, was drafted last summer, prior to the election, with input from more than 300 experts from across the state’s economy. If their recommendations don’t form the basis for a gubernatorial report card on the economy, what would?

Let’s start with the positives against that standard:

The anti-union agenda consumed the capitol, so it is little wonder that there were major shortfalls against the “Be Bold” strategy. Here are some of the missed opportunities in the initial legislative session:

All in all, some real progress was made on reinventing the state’s economy, but much bolder economic moves must be made if the march to 250,000 new jobs is to continue successfully. Thus, an incomplete grade.

Much more work remains on job creation for the fall session, regardless of whether the GOP stays in complete control or the Democrats take back the state senate.