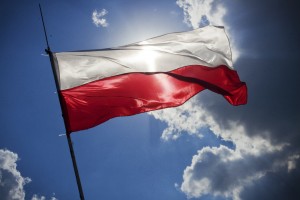 Kashubia, Poland – A week-long visit to Poland, including this region where my mother’s people came from, made it abundantly clear why the Bambeneks and two million other Poles uprooted their families in the decades before World War I to make the risky exodus to places like Menasha, Stevens Point, Winona, Chicago and Milwaukee.

They left for why people emigrate today, for why Wisconsin has a “brain drain” of more than 10,000 college graduates per year. They left primarily for better economic opportunities.

Kashubia, about an hour and a half southwest of Gdansk on the Baltic Sea, is a pretty place of rolling hills, streams, grasslands and forests. It must have been hard to leave behind.

But the last glacier 10,000 years ago did Kashubia no favors. It deposited ten to fifteen feet of Scandinavian sand on its geography. So the soils are always poor for growing crops. On top of that, its wooded areas were deforested by the Russians and Germans over the centuries, much as Wisconsin was denuded more suddenly in the last half of the 1800s.

Lacking enrichment from the leaves of deciduous trees, the farmable Kashubian soils had played out by the time of the massive emigration to the states. As in Wisconsin, reforestation worked, but the Kashubian “tree farms” are mainly low-value Scots pines.

What’s left is a complete monoculture, with trees standing in neat rows, square mile after square mile, as monotonous as soviet style apartments in the big cities under Russian control.

Land ownership was concentrated in the hands of nobles, so the only work was for laborers. There was almost no upward mobility.

So, as with immigrants of today, the Poles headed out — in their case across the Atlantic. Their voyages were as long as three months on sailing ships under tough conditions. My great-great grandparents made the passage with ten children in tow.

For the most part, the enormous bet of the Polish immigrants played out well. They assimilated quickly and became upwardly mobile Americans.
(There are lessons in tolerance for the all of us in their journeys, especially in a xenophobic election year here.)

It remained much more of an existential struggle for the Poles who stayed behind, at least until the wall came down in 1989, and Poland was sprung free from the oppression of Germans and Russians. Tolerance, which had been a hallmark of Poland in the 17th and 18th centuries, was a lost concept in the bad years.

Though Polish politics has recently taken a hard right turn toward intolerance on issues like abortion and immigration, its hard working people have embraced the marketplace and Poland is reestablishing itself as a viable economy.

Americans of Polish decent must have a sense of pride as they watch their ancestral home grow its GDP by an average of 4% in recent years. Cities like Gdansk and Warsaw, reduced to rubble 70 years ago, have been rebuilt. They have same bustle and liveliness as Berlin and London. Cranes dot the skyline of Polish cities.

Membership in the European Union has been a huge boost for Poland. For example, half of its pine crop is exported to EU countries like Germany.

A Spanish architect and contractor told me he had started a design-build company in Poznan five years ago. He is allowed to own the company 100% and employs 300. He used his EU status to take advantage of the building boom in Poland. He didn’t face a lot of red tape.

Poland still has its own currency, the zloty, and it is in no hurry to convert to the Euro, given stresses on the EU from issues in Greece, the Ukraine and Turkey.

“Poland has never been as good as it is today,” said our guide to all things Kashubian, Stanley Frymark.

Despite its growing prosperity, there is still an out-migration of Poles for better jobs and careers. It has been estimated at one million working elsewhere in the EU.

Poland’s demographic challenge – stagnant population growth at 38 million — has been exacerbated by a low birth rate, so much so that the its government has recently introduced a child-rearing subsidy of $150 per month for each child in a family past the first one. They know an aging population is an economic drag.

Just as tolerance and intolerance have become issues in the presidential campaign in the United States, a country formed by on the bedrock of tolerance, it is a pivotal issue in Poland.

The country endured the ultimate levels of intolerance during the German occupation of World War II and later to a lesser degree under the Soviets in the Cold War.

Nazi genocide turned Poland into a homogeneous nation; it is now 95% Polish catholic.

Poland has a minor immigration compared to southern Europe and the U. S. So far, Poles have agreed to take in only a dribble of refugees.

It will be a monumental historic irony and contradiction if Poland, a long suffering victim of intolerance, opts for intolerance.