Even as conservation issues go unaddressed in the national and Wisconsin political campaigns this fall, the beat goes on at the ground level through an army of volunteers to land trusts.

They never rest in the short term, and they never lose sight of the long term. Their passion for the state’s land, water and soil was evident at the recent conservation celebration convened in Madison by Gathering Waters, the umbrella organization for the state’s land trusts. Jimmy VandenBrook, who won the award for working lands preservation, framed the theme of the event when he called for attention to the common good in the long term.

“I believe Wisconsin is sick of our current zero-sum approach to conservation and political discourse,” he said. “I see a new light shining on this land that is our responsibility to care for. I hope we have the wisdom to reach across uncomfortable spaces to engage everyone for the common good.”

The dedication to land and water protection was also evident at the annual “Fly In Feast” for the Ozaukee Washington Land Trust (OWLT) in eastern Wisconsin. A county “Future Search” strategic planning exercise in 1997 concluded that the county needed a second land trust, and that prompted an approach to the Ozaukee Land Trust that had been organized six years earlier.

The “merger” was worked well ever since.

OWLT has protected through purchase, collaboration and easements more than 6800 acres. They are almost all open to the public for many uses, including hunting and fishing.

Its history started 26 years ago in Ozaukee County as OLT, a volunteer organization. Under President Ginny Bolger, it hired its first executive director, Steve Seyfert, a few years later and now has a fulltime staff of six protection experts. Seyfert, the entrepreneurial pioneer, was given the OWLT annual leadership award last week. 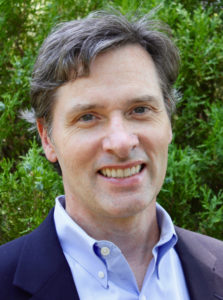 One of the oldest land trusts in the state is the Cedar Lakes Conservation Foundation, which was founded in 1974 and has protected more than 2400 acres in the Cedar Lakes watershed.
We are lucky to have two exemplary trusts working in Washington County. OWLT and CLCF have worked in tandem on several deals.

At the national level, there are 1363 land trusts, 4.6 million members and 56 million acres protected.

In short, there is an army of land protectors out there doing good conservation work for the environment day after day.

Many of the protected acres are in the sponge areas along the Milwaukee River and its tributaries, which will mitigate flooding downstream. That effort has been helped by funds from the Metropolitan Milwaukee Sewerage District and the state Department of Natural Resources.

The recent prevalence of floods across the country and Wisconsin makes those upstream acquisitions look strategically smart.

Besides providing habitat for wildlife,the conserved acres are also good for hunters and anglers because many properties have moved into private hands and have been closed to the public.

Given the inattention of our political leaders to monumental challenges like the invasive species wreckage to the Great Lakes via the St. Lawrence Seaway, like the approaching Asian Carp via the Chicago canal, like the dead zone in Green Bay and algae takeovers of inland lakes caused by phosphorous loads, it’s is reassuring to know that leadership is on-going at the grassroots level.

The land trusts rely on the state’s Stewardship Fund, which was given birth in the 1960s under the bipartisan leadership of Republican Gov. Warren Knowles and Democratic Gov. Gaylord Nelson, to do their work.

It is up for 10-year reauthorization at $33.5 million per year, down from a high of $80 million at its peak. About half of the acquisition dollars have come from matching funds raised by land trust donors.

A permanent, stable source of funding needs must be found to pay off the Stewardship bonds. One possibility that makes sense is a small per-ton tax on sands extracted for the fracking industry.

VandenBrook led a broad-based two-year planning exercise in 2017 that offers a path forward for the state’s lands and waters.

It proposed measures that would cut “P” (phosphorous) runoff from manure and fertilizers by 30% by 2035, ensure safe drinking water by cutting nitrate and pathogen sources and stem the loss of 22,000 acres of farmland per year. Why hasn’t it been embraced more fully?

Those kinds of support for conservation take political leadership, similar to the creation of the Stewardship fund under Knowles and Nelson.

Let’s hear similar leadership from our state’s candidates prior to the Nov. 6 elections.