Passions remain high on Penokee mine 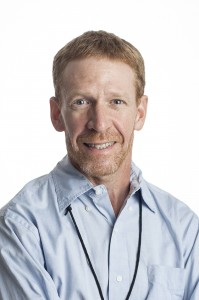 CABLE — It would be a mistake to under-estimate the passion that opponents bring to the conflict surrounding an open-pit iron mine in the Penokee Range of northwestern Wisconsin.

I walked into a “community conversation” on the mine last week at the Cable Community Centre, about 20 miles from the proposed Mellen mine site, and was taken aback at the one-sided, inflamed, anti-mine rhetoric. A group of about 60 watched a 25-minute video, “Wisconsin’s Mining Standoff,” produced by Al Jazeera America as part of its “Faultlines” series. The film made only a passing attempt to be impartial. The attendees, mostly older folks, then listened to a panel of four, one scientist and three activists.

With the exception of Tom Fitz, a geologist from Northland College, and one member of the audience, the speakers were pretty much over the top in their opposition to the proposed mine.

Panelist Barbara With, who runs the “Wisconsin Citizens Media Coop” on Madeline Island, said Gov. Scott Walker should be indicted over the $700,000 contribution to the Club for Growth that she saw as pay for play in the passage of the mining bill. An avowed activist, she said the Republicans in control of the legislature had allowed the mining company, Gogebic Taconite (GTAC), to write the law. “Our democracy is being robbed away from us, and we’re going to get it back,” she said.

She said the mining company president lied, because he had promised to follow the old law, not push for a new law. That doesn’t make much sense, because the GTAC was pushing for law changes from the get-go.

Panelist Philomena Kebec, a lawyer, member of the Bad River Band on Lake Superior and a policy analyst for the Great Lakes Fish and Wildlife Commission, said, “This project is threatening our very lives.” She was talking about the possible effects of runoff from the mine into the Bad River and the downstream effects on the tribe’s wild rice beds and fishing.
Indigenous people should not have to take another in a long series of hits, she said.

“I haven’t met a mining company that tells the truth,” she said.

Kebec added that once one mine is operating, others will follow in the region and “then the whole state blows apart.”

Panelist Nick Vander Puy, a freelance broadcaster who set up a protest tent camp near the mine site, cited the impacts of open pit mining on the Iron Range in Minnesota. “It’s a mess,“ he said.

“Responsible mining? Show us. We’re from Missouri,” he said.

It’s all about “profits,” he said. Vander Puy goes by the moniker “Ogichidaa” which means warrior or ceremonial leader in Ojibwe.

Fitz did not join the rhetoric, choosing to deliver facts and science. But his discovery of significant levels of asbestos in out-croppings at the mine area raised a potential negative about the mine.

Fitz said he had brought the asbestos issue to the attention of GTAC and ran into semantics when the company subsequently labeled it “asbestos-like minerals.”

Fitz has not done core samples, like the mining company is now conducting, so he does not know what cores would show.

GTAC recently moved its permit application process back six months because its site research is falling behind.

The mining law passed in 2013 gives state agencies 420 days to approve or disapprove a permit once the company files an application.

One member of the audience asked the group if the mine should go forward in the interest of progress if the environmental management of the mine’s runoffs and waste materials were pristine. He got no answer.

GTAC has never come forward with what’s known in industry as an EMS – Environmental Management System. It’s part of many companies’ operating systems. GTAC surely has developed an internal operating plan for the Penokee mine.

In absence of such information going to the public, there are two consequences. One is the kind of cynicism expressed at the Cable meeting. The other is that the public will have to wait for the permitting process to unfold for information on how the company is going to handle runoff into the Bad River watershed, how they will prevent contaminating groundwater and wetlands, how solid waste materials will be stored and how the mine will be reclaimed once its useful life is over.

The meeting closed with Kebec asking for letters of opposition to be sent to the U.S. Environmental Protection Agency. She said 900 had been signed to date. A good number of the attendees signed.

The “conversation” ended and people left to drive to their homes in the cars, made mostly of steel derived from iron ore.