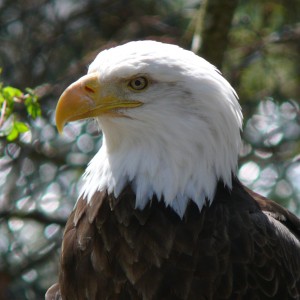 One of the advantages of being an old cocker is that you can bear witness to what’s worked over time and what hasn’t. With three-quarters of a century under my belt in Wisconsin, I have been privileged to witness some incredible environmental successes.

At a time when Republican leaders in the state are playing small ball on environmental issues, a long-term perspective provides some balance. Here are some advances I’ve witnessed that should make every Wisconsin citizen proud and appreciative of past leadership:

• Our Rivers – I was 16 in 1953 when I jumped into the Fox River in De Pere for a swim and some very bad stuff floated by. I jumped out, never to return until about 10 years ago. Thanks to the extraordinary efforts of many civic, business and government leaders, the Fox is swimmable and fishable gain. It will get even better when the world’s largest dredging project to remove PCBs between Menasha and Green Bay is finished. The Milwaukee River was a sewer as it flowed through West Bend when I moved there in 1969. It is also swimmable and fishable again. Several dams have been removed to improve flow. We as citizens thought big, worked consistently on river improvements, and it has worked.

• Our Eagles – DDT poisoning had virtually eliminated that spectacular species from the state. Gaylord Nelson led the way in 1966 to banning that pervasive chemical at the same time our waters and air were being cleaned up. A few years back, my wife and I counted 21 eagles on a trip down the St. Croix River. They have now migrated as far south as Washington and Ozaukee counties. Further, other species have been restored or introduced that I never saw growing up, such as Sand Hill Cranes, pelicans, Peregrine Falcons, turkeys and cormorants. Friends tell me they are seeing sea ducks in the middle of Lake Michigan. Wolves, love them or hate them, are back. Supporters of the heroic elk and Whooping Crane restoration projects are fighting the good fight. We thought and acted big, persisted, and the results have been wonderful.

• Our Forests – My great-grandfather Ludwig and his son Burdette were part of the pillage of the Pinery in the second half of the 1800s in Wisconsin. They and other lumbering men thought the sea of pines would last forever. The Torinus Lumber Company went bankrupt in 1910; the pines were gone, as were the Hemlock, whose bark provided tannin for the leather industry in places like Milwaukee. The paper companies reversed course. They sent me and other youngsters to Trees for Tomorrow Camp and began reforestation. Leaders in government and the land trust movement helped. Today there are more forested acres in Wisconsin than before Ludwig arrived here from the Ukraine in 1854. We saw the light, took a long-term view, and it has been a huge success.

• Sewage Dumps – Decades back, as many as 50 raw sewage dumps from Milwaukee alone were inflicted on Lake Michigan during heavy storms. We taxpayers spent $2 billion on the deep tunnel project, and the dumps have been cut to a couple per year. Leaders in government and the land trusts are working to preserve and enlarge the sponge areas on the four branches upstream. Work has started in several Milwaukee neighborhoods to separate the combined storm and sanitary sewer systems. The goal is zero dumps. We thought big, spent big, and it’s working.

• Air Pollution – From the 1970s to the 1990s, Southeastern Wisconsin had so many exceedances of federal air standards that we were designated a severe non-attainment area. Thanks to tighter industrial controls, reformulated gasoline and testing of all cars, we are now down to none or just a few per year. Even with tighter ozone standards, we have been designated an attainment area for ozone. In contrast, executives from our company who travel to China say they have never seen the sun in Beijing. We have launched huge initiatives; imagine if we hadn’t.

Against a backdrop of remarkable environmental successes, which have greatly improved our state’s economy and quality of life, the Republicans in control in Madison cite budgetary reasons for cutting back on environmental programs.

We can all understand fiscal prudence. But the sad part of their stance is the absence of a positive agenda for the environment. There are no visionary comments about improving the environment further while still building the economy.

It is so obvious that our soils, waters and air are not only esthetic, recreational, health and spiritual assets, but also economic assets of major proportions. They just have to be conserved.

Polls show that more than three-quarters of our citizens believe that to be true and are willing to invest in environmental advances. Where’s the vision from our political leaders?