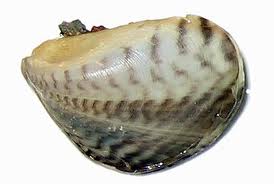 Where’s the outrage over the desecration of the Great Lakes?

So asks the Schanen family, who publishes the Ozaukee Press out of Port Washington, Wisconsin, a former fishing village on the western shore of Lake Michigan. The Schanen family sees close-up the “incalculable” damage that has been done to one of the world’s greatest fisheries by invasive species, and their weekly newspaper’s editorials cry out for action.

Also at the forefront of the case for bold political decisions to reverse the negative prospects for the five lakes is Dan Egan, whose fulltime beat for the Milwaukee JournalSentinel is the Great Lakes. He will win a Pulitzer one day for his work that looks at our fresh water treasure as a system.

It is way past time for systems thinking, strategy and political leadership. The historically unsystematic, project-by-project approach of the U.S. Army Corps of Engineers is where the decimation began.

In a recent series on the collapse of the Great Lakes fishery, Egan reported  that the invasive species brought in by ocean-going freighters through the St. Lawrence Seaway has reached crisis stage. A blanket of 900 trillion quagga mussels, natives of the Caspian Sea, now smothers the bed of the lakes. That’s a “T” for trillion.

It is hard to fathom such an environmental convulsion, and it happened in about a decade. Those mussels have devoured the tiny plankton that young fish rely on as a prime food source. These mussels are disrupting, possibly destroying, the food chain. The quaggas have even conquered their cousin, the once pervasive zebra mussel, which has almost disappeared.

The commercial catches of perch, chubs and smelt have dropped to a small fraction of their historic numbers. Only the white fish has survived, adapting by learning to eat the invasive gobies, smelt and alewives.

The last commercial fishing vessel out of Milwaukee has stopped doing business.

If loss our fishery is not enough cause for outrage, lake levels are dropping, probably partly because of the increasing outflow from Lake Huron into the St. Clair River, another misguided Corps project.

And the Asian carp is threatening to move from the Mississippi system to Lake Michigan through the Chicago Canal, a Corps project of a hundred years ago. A carp invasion could massively compound the damage to the lakes fishery.

“The Great Lakes are victims of a crime, not a victim of nature, but one perpetrated by man,” the Schanen editorial said.  “Which begs the question: Where is the outrage?”

Where indeed? The Corps of engineers is its dragging feet on all three issues. Just recently, it grudgingly suspended plans to enlarge the St. Lawrence Seaway, a small victory. But what about closing it altogether?  The Corps has ducked the larger  issue.

An emergency analysis and action plan to shut the Seawayt down completely is in order.

Engineers could devise solutions to reverse the mistakes made by the Corps in the St. Clair. End the debate. Get it done. A

]A hydrological separation of the Lakes and Mississippi system in the Chicago area must be done, and everyone knows it. Meanwhile, close the locks so the carp can’t get through. The electric barriers are a stopgap.

Again, the transportation savings vs. other means of transportation are minimal compared to the damage the carp and other invasives — going both ways —  could cause to both water systems.

The Gulf of Mexico oil spill drew outrage and a massive intervention from the federal government. The on-going damage to the Great Lakes is orders of magnitude higher.

You have to agree with the Schanens. On this issue, our dysfunctional political system needs to get functional in a big hurry.