One way out of political warfare 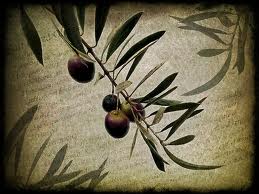 The question arises often of late in Wisconsin: Is there a way out of the nasty polarization over union rights and benefits?

The state’s politicians may be having a good old time hurling rhetorical thunder bolts at each other. They may view themselves as actors in a pivotal moment in the state’s history. And blowhard pundits love the fodder for their talk shows; it’s great for ratings.

But many of its citizens find the stand-off between Republicans and Democrats disheartening and draining. They know that harmony and collaboration produce more prosperity than divisiveness.

So they ask about the chances for  compromise.

It doesn’t look possible on the political issues surrounding public union “rights.” Gov. Scott Walker surprised even right-win politicians when he went for the jugular with his union busting agenda.

He clearly wants a tourniquet on the flow of the dues from union members – in the neighborhood of $1,000 for a teacher – straight into the pockets of union leaders and Democratic campaigns. He wants them to be recertified by members every year.

That fat is in the fire, and the Republicans show no sign of backing off. Even the Republican state senators facing recall, now at least four the eight eligible for recall, are standing firm with the governor.

On the other side of the battle field, union and Democratic Party leaders know they are fighting for the funds that are their life’s blood, so their opposition will be unrelenting and fierce.

In short, Wisconsin has political warfare on its hands, trench warfare. Unconditional surrender is the objective of both sides.

However, there is a clear path to compromise on the economic issues that are essential to achieving a balanced state budget. Like most states in the Heartland, Wisconsin is drowning in red ink, much of it caused by bloated health costs.

So here is one cure for the fiscal issues on that big chunk of the state’s budget:

Instead of ideology and cant, that’s what creative problem solving looks like. Innovation makes for a win-win compromise.