In the wake of high voltage success from the recently announced IPO of Connecture in the Milwaukee region, sparks are flying in the adolescent startup economy in Wisconsin.

The Connecture IPO would have received high-five headlines had it happened in Madison. It received only a little ink in the state press. Nonetheless, it’s a big deal. It will raise $86 million, a very nice exit, and that’s only for part of the company.

That’s a big win by anyone’s definition outside of Silicon Valley. So take a bow, Dan Maynard, the founder who recently left his executive role in Connecture to take over the leadership of another promising startup, GrandCare of West Bend. (Disclosure: I was a small angel investor from its GrandCare’s 2005 round.)

Maynard took Connecture from a startup through permutations, investment rounds and acquisitions to emerge as a company with more than 400 employees. The company builds software for the burgeoning public and private exchanges for buying health insurance. Its sales run rate now exceeds $70 million.

Maynard is not alone, although years back it seemed that way to him. Many evangelists for the entrepreneurial ecosystem are steadily transforming Wisconsin from a fly-over state to a hot spot that attracts venture investors from out of state.

That was in evidence at the Wisconsin Early Stage Symposium in Madison last week. Several out-of-state funds were there to listen to several dozen pitches from very credible entrepreneurs. 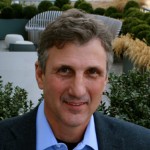 An example was John Philosophos, a UW-Madison alumnus who heads midwest investments for Great Oaks Ventures of New York City. In just a few years of prospecting here, his fund has made 14 Wisconsin investments.

Philosophos not only invests, he attempts to add value in every interaction with teams leading new ventures, whether he invests or not. He was a judge at the symposium pitches and talked with dozens of aspiring startup teams. He represents new blood in our statewide startup scene. 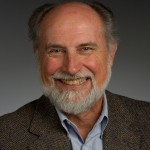 He follows some great footsteps, the old blood. The Wisconsin Technology Council, sponsor of the event, honored Roger Ganser of Venture Investors and Tim Keane of Golden Angels and of Marquette where he was an entrepreneur in residence.

Ganser got it right when he said, “It’s not a solo journey.” It has taken many players to bring Wisconsin from behind its own end zone to a real entrepreneurial ecosystem today. He was there at the inception when he started his fund in 1970. 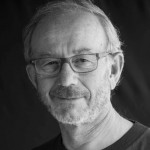 Keane said he was more hopeful about the growing power of the startup movement in Wisconsin than he has been in the last 15 years. He too said he tries to give something back to entrepreneurs in every interaction. He has had hundreds, probably thousands, of those in his role as investor, teacher and mentor.

With a little help from the state’s political leaders (Act 255 investment credits as the best contribution), these leaders have changed the game for the Wisconsin economy. High growth startups are our biggest driver of job creation.

Some companies, like Connecture and Epic, grow without a lot of support from the outside (beyond the supply of smart graduates from our universities), but most young companies can use all the support they can find.They need early stage funding, but they also need directors and advisors who can provide seasoned guidance so fatal mistakes can be avoided, who make connections with customers, strategic partners, banks, funds and critical vendors, and who add necessary governance.

Startup enterprises are fragile entities. Even with expert support, they remain high risk. More still fail than make it.
To up the success rate and keep the momentum building, we need more Maynards, Ganzers and Keanes.

And, oh yeah, you three can’t hang it up either.