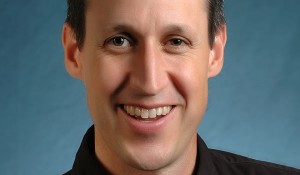 Tim Kane is the researcher who revealed that young companies create all the net new jobs in the country, about three million a year, and it was a startling revelation indeed.
He brought his insights to the Wisconsin Entrepreneur Conference in Milwaukee last week. His corollary is that large companies actually reduce about a million jobs a year. So far, so good.

But a deeper dig on his findings leads to a strategy puzzle.

Kane did his research for the Kauffman Foundation of Kansas City, the $2 billion think tank that pushes entrepreneurship. So, he would agree with the Wisconsin Prosperity Strategy that calls for Wisconsin to be the best state in the union for starting a venture.
But how to do that? Kane refined his numbers to say that most of job growth actually comes from companies in their first year or two of operation, and most are very small. Thousands of small firms create jobs one or two at a time, aggregating to millions.

Asked about strategy to get that growth, he goes to lower tax rates, good schools, reliable infrastructure, economic freedom in terms of less regulation – all the general stuff that adds up to a positive business climate.

He would not target specific industries, which is in direct contrast to the cluster theory put forward by Michael Porter of Harvard.

He would not do cross-border subsidies for recruiting companies, calling it a “zero sum game.” Most states still do that.

He would not promote “gazelles,” high growth startups.

Asked about the strategy of Israel, which decidedly supports gazelles through private-public partnerships and funds, Kane demurred. Israel has ridden that strategy from a poor, desert country to one of the most prosperous.

So, while Kane’s insights are useful, I don’t see much pragmatic strategic guidance in his work. I agree on recruiting being a zero sum game and an expensive one to boot. I agree that targeting too narrowly can be a mistake.

What Kane fails to acknowledge, though, is that small companies, his heroes, need someone to sell to. They need a supply chain to be part of.

They create wealth by exporting and they create a market for smaller companies. Put another way, they maintain the job base, even if they are net job reducers themselves.
The other bet for state’s strategy, one that Ohio is following aggressively, is to promote gazelles. The winners among them create explosive job growth in their first generation of existence and some become market leading companies.

Examples in Wisconsin are Trek in bicycles, now an $800 million company; Quad in printing, with more than 25,000 employees; and Epic in health care IT.

In less than a generation, Epic has grown from zero to 4300 jobs in the Madison area and more than $800 million in sales. It will hire 1000 more workers this year. It is building a giant campus in Verona. Just as importantly, and to Kane’s point, hundreds of small companies will be selling goods and services to Epic.

Direct Supply, a distribution company for assisted living facilities, in the Milwaukee area has grown to 1000 employees in less than a generation and can see 5000 down the road. They buy products and services from lots of small firms.

To help policy makers understand how the new economy works, think about a city like Hartford. If its market leading companies – Broan-NuTone, QuadGraphics and Signicast – pulled out, what would happen to the small shops in town?

Obviously, many would suffer and some would fail. They need the big companies as buyers of their wares. The small shops don’t drive the economy; the market leaders do. In that reality lies the direction for economic strategy.

Most entrepreneurs jump out of the clusters they have worked in to start their ventures. Harry Quadracci, for example, had been a general manager of another printing company before founding his gazelle, QuadGraphics.

So the Wisconsin “hug” strategy needs to go in two directions: to market leading companies and to gazelles.

Wisconsin is executing the gazelle piece with capital gains breaks for investments in Wisconsin companies, with Act 255 tax credits for venture and angel investors and with a proposed fund of funds to match private investment dollars in high growth startups.
When this strategy is successful, Kane’s small shops will do well as a byproduct.