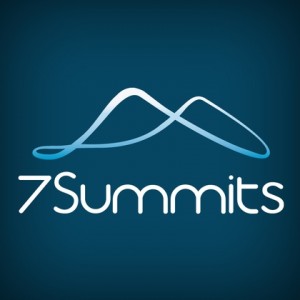 Don’t you wish you were an angel investor in the 7Summits deal?

I missed it. Darn it.

Its founders, led by CEO Paul Stillmank, and investors have pulled off an early exit, the dream of most entrepreneurs. The company was launched in 2009. It raised expansion capital from angels in 2012. And it sold a large share of the company this month.

The Achilles heel of most early stage investing is the long, long wait until founders and investors get their money back with a return. Seven to 12 years is the range for most exits, and that’s way too long. It’s hard to get a high rate of return, 20% to 30%, which high risk investors deserve, if the intervening years are stretched out. Some exits seem to be off in eternity.

Stillmank and his team launched 7Summits in Milwaukee in the hot market of building on-line communities for all kinds of organizations, for-profit and non-profit. It grew fast to $6 million in sales in 2012 and more than $11 million in 2013.

That rapid growth and the related profitability attracted capital from the West Coast, where risk taking in young ventures in part of the culture. The buyer, Sverica International Management LLC, said it does deals between $10 million and $40 million. So, money in that range was paid out as Christmas presents to the people who took the risk and poured their hearts, souls , cash and energies into 7Summits.

The M7 region needs to celebrate every such success, because successful entrepreneurs are the ticket to regional prosperity. We need a prosperity strategy, rather than the prevailing poverty mitigation strategies. Yes, we need a safety net, but what we need more is job creation, less unemployment and under-employment. Job creation is what entrepreneurs do better than anyone else.

All of Wisconsin’s great employers started here. That is not an over-statement.

Let us count the ways that early exits like 7Summits help the Wisconsin economy:

• The company already has created 59 good-paying jobs in the city. Its employees are members of the so-called “creative class.”

• An infusion of capital from Sverica will enable Stillmank to double its employment in 2014. That is outstanding job growth.

• The founders and angel investors will have free cash to reinvest in other startups, and they probably will after tasting this kind of success.

• Local, state and federal coffers will benefit from the taxes paid on the sale, as well as the continuing taxes paid by the company and its employees. Those tax revenues weren’t there before. (No public subsidies were involved.)

• Vendors in the 7Summits supply chain also benefit from its rapid growth. There is a multiplier effect.

It is becoming an axiom in early stage investing that early exits are the way to go. Entrepreneurs, who are great at innovation and getting a company off the ground, might not always be the ones to scale up its growth.

Not always, but often, bigger companies or venture capital investors might be better suited to take a company national and international.

Exits leave the entrepreneurs open to move onto yet another startup. Sue Marks is a Milwaukee example. She is now growing her third staffing company. It is fact that successful entrepreneurs have a much easier time raising capital than rookies. Smart investors want in on their deals.

So, let’s hear a big round of applause for Stillmank and his team. They are helping to reinvent the M7 and state economies.

The M7 region is now home to about one high-growth startup per month. We need to double that rate in the New Year.