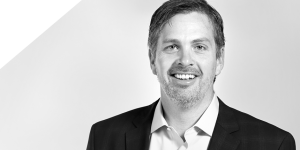 Successful entrepreneurs in Wisconsin need to “pay it forward,” like they do in Silicon Valley.

That was a big part of the message for Wisconsin leaders from Greg Robinson, a transplant to the Badger state from Silicon Valley, where he spent a dozen years on both a startup and managing a fund. He was recruited here to run 4490 Ventures, a $30 million fund launched in 2013 to invest statewide in software companies.

He told members of the Wisconsin Innovation Network last week that he was continually surprised in the California epicenter of ventures by the easy access to big hitter entrepreneurs and investors. “People take meetings just to help” with startups, he said, without expecting anything in return. They help with advice, customer contacts, partnership connections and building management teams.

That generosity of time and networking creates a brand of karma that is under-pinned by the generic belief that “something good will come of this.”

That kind of forward-thinking is starting to happen in Wisconsin as entrepreneurs who have enjoyed rewarding exits stay engaged and pay back. Some successful entrepreneurs hit the beach, but increasingly they are paying it forward. People who have cashed out, like Tom Shannon, Jeff Harris, Jeff Rusinow, Jim Mueller, Ab Nicholas, George Mosher, Bill Nasgovitz, Terry Kelly, George Prescott and Herb Zien, seem to never stop giving back.

They reinvest some of their winnings. They also lend their energies and acumen to an increasing flow of new Wisconsin ventures. They know full well that the Wisconsin economy has to be reinvented, because its two economic bedrocks, manufacturing and agri-business, are challenged in terms of job creation.

As a result, the startup economy across the state has gained energy, momentum and enthusiasm in the last dozen years. These are leaders that other people follow.
It was at the four Wisconsin Economic Summits of 2000-2003, called by then UW President Katherine Lyall, that the concept of a statewide angel investor network emerged. Flash forward: it now exits.

Further, there are an increasing syndications among the groups as they get to know each other and team up to get deals done. That developing informal network probably ought to be formalized.

Such a systematic approach would be a good assignment for the Wisconsin Technology Council. Serious funders could be invited to get together monthly to share due diligence on deals deemed are investor ready.

Robinson’s remarks, during which he did a “compare and contrast” between the startup ecosystem of Silicon Valley and Wisconsin, provided a useful and timely evaluation of how far we’ve come since the summits.

Among the Valley’s most pronounced assets, in his view: its focus on big ideas that can change the world; its deep financial pockets from serial successes; its collection of major acquirers in the region; its big companies that serve as a landing place for failed entrepreneurs to work as they catch their breath and reboot; and the in-migration of the best and brightest talent.

That powerful array is offset, in his analysis, by a “dark under-belly” that includes: many colossal failures and huge financial losses that result from rapid acceleration of young companies that hit the wall; huge egos that “drive you crazy;” over-funding that compromise the cultures of young companies; an obsession with information technology at the expense of other sectors; and a lemming effect when too many startups follow a promising venture, leading to excessive failures.

Those offsets notwithstanding, many other parts of the world are trying mightily to garner just a piece of the Valley’s positive dynamics and prosperity. To that end, Robinson moved here and says, “Wisconsin has a lot of building blocks to be more successful.” He sees pluses and minuses.

The minuses: thinking of singles versus home runs; lack of a cohesive startup ecosystem; and not enough reinvesting back into new ventures.

The pluses: lots of startup activity and lots of support activity for entrepreneurs.
His prescription for the state: think at least about second base instead of just singles; connect the startup world to Fortune 500 companies here; turn startup activity into productivity for winning ventures; and develop a pay-it-forward culture.

As head of the state’s newest early stage fund, and backed by the powerful Wisconsin Alumni Research Foundation and the State of Wisconsin Investment Board, Robinson has the platform and podium to lead the way.

His challenge will be to have a statewide impact beyond Dane County, where the entrepreneurial ecosystem is well established. His pay-it-forward message has to be heard and executed in all regions of the state.