Divisions aside, 4th parades bring out our unified best

Watching the hometown 4th of July parade in West Bend, I got to thinking that what I love most about my favorite holiday, beyond the cookouts and get-togethers with family and friends. It is the implicit declaration that we the sovereign people of this country have so much in common.

I use the word “sovereign” with the understanding that it means we, the people, are in charge.

In the beginning and in the end, the founders who wrote the constitution established that its power and validity come from each of us as citizens. 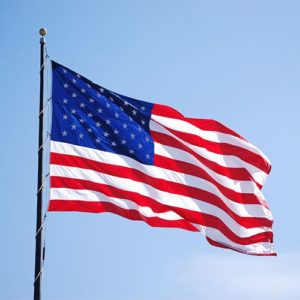 It was not set into place by a monarch, a god, a despot, a dictator, a policy savant or the founders themselves. It was voted into place by elected delegates from each of the thirteen colonies, one-by-one, often by narrow margins.

The people who participated and watched the hour-long parade through downtown West Bend seemed to have that sense of being part of a very special team.

There was an underlying sense of unity, tolerance and gratitude for the amazing luck of being born in the freest of countries. It was as if the constitution was actually present – in person.

That brings up perhaps the greatest book ever written on the U. S. Constitution. It’s a 2005 “biography” of the document by Akhil Reed Amar, a Yale law professor and political scientist. He makes our core document come alive as a creation of the American people.

He starts with the paragraph: “It started with a bang. Ordinary citizens would govern themselves across a continent and over the centuries would ratify and could revise. New world Republicans would keep old world monarch at a distance and thus made democracy work on a scale never before dreamed possible.”

Ratification was not a foregone conclusion. There were many differences that had to be worked out and compromised at the enclave of delegates in the hot Philadelphia summer of 1787. It took 10 more months before the Constitution was officially adopted when it was ratified by New Hampshire on June 21, 1788, the ninth state to do so. It took until 1790 before the delegation of the 13th state, Rhode Island, signed onto the innovative document. (Rhode Island rejected it the first time around.)

The votes by the delegation in each state were often close. In Massachusetts, for example, the vote was 187 to 168 in favor. The key States of Virginia and New York were locked in bitter debates before compromising and ratifying of the draft.

The drafters and the delegates did duck a major divisive issue, and their failure to do so resulted in a bloody Civil War that revealed the horrible price of not working out major issues.

That’s the lesson from the biography of the Constitution: find ways to resolve the big issues through tough but respectful politics.

Today’s political operatives look for wedge issues that serve to divide the American people. They are happy to win by 50.1% of the popular vote or by a thin margin in the Electoral College.

I am sure that if I polled the West Bend parade participants last Thursday, they would overwhelmingly want their political leaders for more compromise, more unity, even on the toughest of issues.

Yet, big chunks of the electorate increasingly vote for the dividers and discount the moderates in the party primaries. They are the core, the “base,” of the two parties. But they are playing the short game. The long game is keeping our democracy intact.

My bet is the party that does the best job of pulling in the unifiers, the compromises, will prevail in the general elections six months from now. That means a compromise on abortion, immigration and health care coverage.

They will be acting in a manner the “We, the People,” intended when they compromised and thereby established our Constitution.

It was a great 4th of July, a great reminder of the important.