Where have all the fiscal conservatives gone?

As a fiscal conservative, I miss the Republican Party.

Even though its leaders have never balanced the federal budget when they were in power in recent decades, they at least talked the talk on the need to bring down the deficit and its offspring, the national debt.

These days, even arch fiscal conservatives like Reps. Glenn Grothman and Jim Sensenbrenner, have given up on talking the talk. 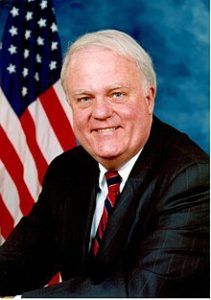 The Trumpian tax cuts, which both GOP controlled House and Senate passed, are jacking the deficit and debt further into bright red ink. The federal deficit is heading to $1 trillion for this fiscal year, almost twice what it was running when President Obama left office.

That hemorrhage has pushed the national debt to $21trillion, by the toughest count. That crosses the danger line to more than 100% of the nation’s Gross Domestic Product. And that breaks down to $62,000 for every man, woman and child in the country.

That is a major load to leave to the next generations. They are inheriting a debtor nation. Thanks a bunch, grandma and grandpa.

Fiscal smarts and frugality was always a key political platform for the Republican Party, so it must grind the souls of Grothman and Sensenbrenner and their brethren to have abandoned their fiscal theology.

The truth of the matter is that our president has always been confortable with high levels of debt. His real estate deals were highly leveraged, and sometimes he paid them back. In his four bankruptcies, he obviously did not. Most U. S. banks would no longer lend to his organization.

The president wanted the tax cuts badly. He needed a win. He wanted the corporate tax cut to be a deep one. He got his wish, a corporate cut from 34% to 21%.

That spurred the economy and the stock markets, but, at least in the short run, it has generated a gusher of red ink. In effect, the GOP was saying: to hell with rising deficit and debt levels.

Will the tax cuts stimulate more economic growth, and thereby bring down the deficit in the middle and long terms? Who knows? The economists will make their informed guesses, but who really knows?

We do know that interest on the debt will chew up some $300 billion out of the federal budget this year. And that number will rise fast in future years as interest rates move up and the debt levels grow with each year of spending more than the government brings in from taxes.

The interest payments are approaching about half of what we spend on defense.

Recall that President Obama had also called for reducing the corporate tax rate. He floated a 25% top rate. That level would have put the U. S. in the middle of the pack for industrial countries.

Note that the GOP tax cuts also eliminated the minimum tax for corporations. Some big companies find numerous loopholes to pay next to zero in corporate taxes.
Did the cuts have to go so deep to stimulate the U.S. economy and make American companies more competitive in global markets? We’ll never know. The debate will rage on through the next presidencies and congresses.

We do know that the trillion dollar deficits aren’t going away any time soon. President Trump is jacking up spending in areas like defense.

So, where does a fiscal conservative turn in the coming elections? Certainly not to the followers of Sen. Bernie Sanders on the left. The populist senator believes that taxes can be raised on the rich to pay for free health care and free higher education.

The reality, though, is that there are not enough rich people to fund that largesse, even at a 100% personal tax rate.

Like social security, the freebies are never free. His Medicare for all would require a payroll tax of 30% or more — on top of the current 12.4% for social security.

On the other side, Republican candidates will try to duck the issue of deficits and debt -– Hear no evil; See no evil; Say nothing about it.
As former GOP Speaker John Boehner said, “It looks like the Republican Party has taken a nap.”