Are we ‘exceptional’ at getting into to wars? 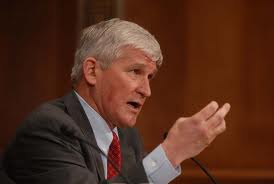 The reality — or myth — of America exceptionalism, depending on your view of American history, will be a foreign policy pivot point in the five-month debate leading to the election of Mitt Romney or Barack Obama in November.

Romney and his more hawkish backers believe in America as a “city on the hill,” and they will make the case that President Obama does not.

From academe, at least two foreign policy analysts are pushing the view that the idea of America as unique or special or chosen by God is both “myth” and dangerous.

Bacevich, who lost an Army lieutenant son in Iraq in 2007, contends that the U.S. is much like other leading countries, with the exception that we are now stronger militarily and economically that other nations. He contended before a group of Yale alumni in Boston last week that the U.S. should be much more judicious in its use of military power. That is the central tenet of his 2010 book, “Washington Rules: America’s Path to Permanent War.”

His co-panelist, Stephen Walt, a Harvard professor of International Affairs, argued that there is “no way of proving or disproving” American exceptionalism. Poking holes in what he called “the myths of exceptionalism,” he maintained that:

1. All great powers have seen themselves as exceptional.
2. Our behaviors are no better than those of other powerful nations: we have been expansionist; have fought ill-advised wars (Vietnam and Iraq in 2003); and we have allied with “bad guys,” dictators, for strategic purposes.
3. Any special genius in our constitution or entrepreneurship is offset by being “lucky” in national resources and distance from European conflicts as a young nation.
4. “We give ourselves too much credit:” Russia did more to defeat the Nazis than we; and the Bill of Rights was rooted in European concepts.
5. Many countries have believed “God is on our side,” a very dangerous source of hubris.

The two professors pointed out that the U.S. doesn’t know how to win land wars (Vietnam and Iraq) and has suffered financial failures (The Great Recession). They view “exceptionalism” as moral cover for doing what we want to do.

Their posture on use of military force fits my long-held, strict set of litmus tests for going to war: Attack only when attacked; Invade only if the American people and an alliance of other countries support it; Engage only if there is a some kind of defined objective and exit; Use arms only if overwhelming power can be brought to bear; Never fight two wars at the same time.

Bacevich argued that America has proved good at deterring major aggression (WW II, Kuwait), but not at building nations.

Walt conceded after their talk that the U.S. might be exceptional in its absorption of a diverse collection of peoples, in its diversity.

Both submitted that the United States makes more progress across the world in leading by example, by demonstrating democratic values. They pointed to the “Arab spring” and the spread of different forms of democracy without direct involvement of the U.S.

In fairness to Romney and his Citadel speech, he hit the values theme as well as more militaristic tones. He said the Declaration of Independence and our belief in its inalienable rights “leads us to our exceptional role in the world stage, that of a great champion of human dignity and human freedom.”

The core of his speech, where he drew a sharp line of difference from President Obama, was on the military side of the foreign policy equation. He said he would reverse the “massive defense cuts.” If elected, he said he would raise shipbuilding for the Navy from nine to 15 ships a year, would put a high priority on a national ballistic defense system, would formulate a national cyber-security strategy and would put carrier task forces in the Mediterranean and Persian Gulf to deter Iran’s nuclear ambitions.

That muscular message comes at a time when the county is winding down its engagement in two land wars and stepping back from the nation building that President Bush derided before he was elected. Is it illogical to expect a peace dividend to help balance the bleeding federal budget?

Many Americans in the Heartland are sick of fighting wars that seem to never end. They want to see an end to the obituaries for young men and women in their hometown newspapers. That’s part of what got Obama elected president in 2008.

Both Romney and Obama would be well advised to listen to the frustration of citizens, to the peace mongering of Bacevich and Walt, versus the war mongering from voices in the nation’s military industrial complex.