Cross, regents could take the offensive 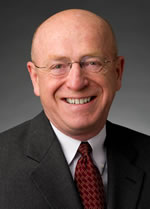 At a time when the University of Wisconsin System (UWS) is faced with declining enrollments, declining state support, frozen tuition, climbing student debt, a brain drain of its graduates to other states, faculty votes of no confidence in leadership on some campuses, the system’s regents and executives have opted for the status quo.

They are hunkering down, hoping for adverse political winds to blow through. That would appear to be wishful thinking. Gov. Walker, who is no unabashed fan of UWS, has more than two years left on his second term and is talking about running for a third term, despite his lowered approval ratings.

With the governor not a fan of organized labor in any form, the faculty protests will only stiffen the resolve to lessen the political impact of organized faculty.

In addition, the Republican Party looks likely to keep control of the legislature, unless Donald Trump loses so badly to Hillary Clinton that he drags GOP candidates lower on the ticket into negative territory. More likely though, voters will see Trump as a bizarre aberration and will stay on their traditional side of the ballot for lesser contests. Trump may have no coattails, plus or minus.

So UWS’ prospects for more friendly executive and legislative branches don’t seem to be in the political cards.

Further, the biennial budget for 2017-2019 offers little solace for university’s finances. Medicaid and state employee health costs, always rising and out of control, will chew up most of the added funds flowing into state coffers. There may be a couple of extra bucks, but not many, and those will have strings.

And Gov. Walker will surely seek to extend the UW’s tuition freeze for a third term election. He will make a big deal of lowering college costs for students and parents. That message is playing well.

So, what can the Regents and UWS President Ray Cross do to position themselves more favorably in the minds of voters and politicians?

They could be bold the way President Katherine Lyall was a decade and a half ago. She called for economic summits to position the university in voters’ eyes as a major engine of the state’s prosperity. She had problems with the legislature, but not at the level of animosity displayed by the GOP today.

So if UWS leaders wanted to position themselves as proactive, what would “bold” look like?

• Cross could call another economic summit to assess where the state’s economy has evolved to since the 2000-2003 summits. It would remind everyone in the state how much we need the university’s graduates and its economic impact.

• The Regents could create a Blue Ribbon Commission to address the array of major issues facing the system. Such a commission could look hard at decentralizing its governance to the regional campuses of the state. The Madison-centricity of UWS does it little good politically. Legislators would fight harder for campuses in their districts if the shots were being called from there.

• To help solve the UWS financial bind, Cross could ask to carve the system out of the extremely expensive state employee health plan. If campuses could source their health care on a local basis, they could save at least $100 million across the system annually.

• The Regents could resuscitate the concept of independent authority status for regionally organized campuses. With state government providing an ever-smaller percentage of the UWS budget, more autonomy for the university makes some sense. On their own, the campuses would have to get more creative about expense control and the creation of new revenue streams.

• To earn credibility with political leaders, the regents need to inaugurate more complete, more rigorous and more transparent reporting. A consolidated, audited financial report, including all associated UWS assets, such as those of UW Health and all connected foundations, ought to be a matter of course. Other state universities do so.

• To mitigate the brain drain of UW-Madison graduates, UWS leaders should end the reciprocity agreement with Minnesota. A big majority of Minnesota graduates from UW-Madison do not stay here to work and pay taxes. The reverse is true of Wisconsin students going to Minnesota. They often stay there. It’s a bad deal for Wisconsin, a state with a shrinking work force. The other 25 UW campuses need students; let the agreement continue there. UW-Madison has a bigger demand than it can satisfy from Wisconsin kids and their parents.

• Foundations associated with the UW campuses, especially those at UW-Madison with some $7 billion in assets, could do “impact investing” with a small slice of their portfolios on a statewide basis. They could invest in funds that launch startups and create jobs. UW-Milwaukee Foundation has already done so.

No one should expect UWS leaders to be so bold as to launch the full menu of available reforms. But it would be disappointing — and politically naïve — not to forward some of them.

They need to be, and appear to be, proactive in taking major initiatives to help themselves and their institution, arguably the state’s best asset in Wisconsin after its natural resources.