Medicaid bloc grants could be winner for Wisconsin 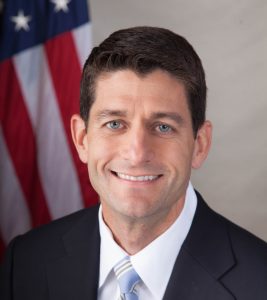 Paul Ryan, Speaker of the House

Under the heading of “Be careful of what you wish for,” Gov. Scott Walker needs to very careful about the Republican Party’s intention to shift Medicaid management to the states in the form of bloc grants. He has put bloc grants on his 2017 wish list from President-elect Trump.

The state’s 40% share of the $8 billion in Wisconsin Medicaid expenditures is already stressing the Walker’s state budgets. If the shift of control of the program isn’t handled well, Medicaid could be a budget killer.

The governor has signaled his desire to add funding for K-12 education in the pending 20017-2019 state budget and to restore some cuts to the University of Wisconsin System. But that is not going to happen in any meaningful way if the Medicaid transition goes awry.

His political ally, Speaker Paul Ryan (R-WI), has made his broad plan for the decentralization of Medicaid clear in his 2016 vision statement called “A Better Way.” It calls for:

• A cap on the federal portion of the Medicaid bill going forward. That could mean any further bulge in Medicaid costs could end up in the laps of Wisconsin taxpayers. Current Medicaid expenditure growth is about 4.5%, about double the general rate of inflation.

• A shift to a per capita formula to apportion federal dollars among the states. The current formula is based on relative per capita incomes in the states. That change could help Wisconsin. We are currently getting about 1.5% of the federal allotment, but we have about 1.7% of the nation’s population and about the same percentage of the nation’s 72 million Medicaid enrollees.

Walker’s people are running different scenarios to make sure Wisconsin gets a bigger slice of the federal pie. They need to get it right. It’s the biggest pot ever in political poker.

Wisconsin perpetually has ranked 49th or 50th in return of federal tax dollars, mainly because our congressional delegations have been especially dopey over decades on that score. It’s bipartisan dopiness. Former Rep. David Obey brought home the bacon for northwest Wisconsin. But he is the exception. So other states pick our pockets. That metric explains part of the state’s lagging economic growth.

If it were ever Wisconsin’s time in the sun, this is it. With Ryan in the speakership, Reince Prebius of Kenosha as President-elect Trump’s chief of staff, Wisconsin having given Trump a big boost to the Oval Office and Rep. Jim Sensenbrenner in Congress since Moses, we should have the clout to get at least our fair share of the dole.

Also, the Medicaid funding from federal revenue has to be indexed. The federal cap needs to move up, not with general rate of inflation, but with the much higher medical rate of inflation. All states could get the federal shaft in coming years if that is not built into the bloc grants.

The federal revenues are just one part of the equation. The other major piece is cost management. To bureaucrats, that usually means trimming the enrollments in any number of ways.

Wisconsin’s version of Medicaid, known as Badger Care, currently covers about 1.25 million poor people, about 24% the state’s population. That’s a huge number, so management of eligibility is serious business. It’s the access issue that ObamaCare was all about.

The missing link across the board in the public sector, though, has been management of costs. Managers in the private sector have developed a new delivery model that dramatically reduces costs. It’s time to use those lessons learned with the Medicaid population, namely these:

• Give every enrollee a health account to draw against, along with a high deductible and co-insurance. Indiana already does this. Once it’s a person’s own money, over-utilization and dumb utilization go away. People go to a clinic instead of the costly emergency room. Costs drop 20% to 30%. That has been verified in five national studies since health accounts were introduced in 2003.

• Make proactive primary care free or cheap. Get after the chronic diseases of the poor people through direct relationships with doctors and nurses in medical homes. Stratify the enrollees, so those with big medical issues get extra up-front care. Keep them out of expensive hospitals. Costs can drop another 30%. Also, one-third of primary care doctors won’t take Medicaid patients because reimbursement is way low. This could be fixed by paying them $1000 per year, per enrollee for full primary care.

• Do like Medicare already does. Cap elective procedures in bundled prices. Pay no more, for instance, than $30,000 for a joint replacement, versus a market average of close to $50,000. They are available in the Milwaukee market for $26,000 to $28,000. Savings on elective procedures can be up to 50% or more.

In short, it’s more about management science than political science.

With an innovative business model for Medicaid and some savvy politics in the nation’s capital, Wisconsin could get back to higher levels of funding for priorities like education, transportation, public safety and conservation.