Does Ryan really want employers out of health care? 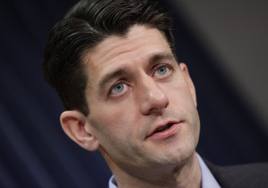 Republican VP nominee Paul Ryan should be careful what he asks for when it comes to taking employers in the private sector out of managing health care.

His idea for replacing Obamacare is to end deductions by companies of employee health care benefits. If so, most companies would drop coverage. Instead,Ryan would have individuals buy their own insurance policies through state exchanges. They would get different levels of subsidies from the federal government in relation to their incomes.

The theory at work here is that insurance companies would then compete for their business, and that level of competition would bring about a marketplace kind of reform that would improve quality and lower prices.

Well, maybe. But maybe not.

Insurance companies haven’t proved to be great reformers in the past. They play the role of middle man, with one foot in the provider camp and the other in the payer camp. The payers, usually corporations buying health care for employees, are their customers – they write the checks – but the insurers are also beholden to the hospital systems. The insurers can only push so hard for fundamental reforms.

Contrary to Ryan’s understanding, real reform is coming in the private sector – from companies that are taking back control of the delivery of health care. Here are some macro-trends in the private sector that Ryan would be walking away from if his insurer-centered plan were adopted across the board:

• Consumer Driven Health Plans (CDHP). More than half of private sector employees are now enrolled in high deductible health plans that are offset with personal health accounts of some kind. There is a new army of consumers (estimated at 40 million Americans) out there and they are now asking: How much does that procedure cost? And: What are your infection levels and quality ratings? Ironically, Ryan was at the forefront of establishing Health Savings Accounts (HSAs) as a way of injecting incentives and consumerism into health care purchases. Individual insurance policies can be consumer driven, but the real CDHP push has come from employers. Costs drop 20%-30% in these models. Does he want to lose that employer push?

• On-Site Proactive Primary Care – Large employers are stampeding toward on-site clinics that provide proactive primary care. As big hospital systems have vertically integrated the health care supply chains across the country, from primary care to hospice, big employers have responded with their own clinics. Their primary care doctors order tests, specialists, drugs and hospital admissions, and their doctors take management of chronic diseases seriously. Their goal is to engage their employees in managing the health of their families, thereby keeping them out of expensive and dangerous hospitals. This is a disruptive business model, an end run on the bloated costs and poor quality offered by many providers. Costs in these models drop another 20%-30%. Does Ryan want to lose that real reform?

• Centers of Value – Companies like Johnson Wax are searching out high quality providers and steer their employees there. They are moving business to find value, and a marketplace is thereby being created. Nothing gets a vendor’s attention more than losing a piece of business. Prices can be 30%-40% lower at centers of value, often those practicing the lean disciplines now widely in place in manufacturing. Lowe’s just cut such a deal with Cleveland Clinic. Does Ryan want to lose that market action?

• Bundled prices – Nothing is more screwed up than the federal pricing system for buying health care through Medicare and Medicaid. That convoluted system of pricing codes is being replaced by private employers who are demanding bundled, all-in prices for episodes of care. Payment reform is underway. The private sector is en route to junking the Medicare pricing system. Some companies are even getting warranties for surgeries as part of the bundled prices. Does Ryan want to lose that aborning payment reform?

There is another way for Ryan to go to even out the playing field for the purchase of health care. He can give individuals the same deductions from taxes that corporations now utilize.

If a corporation is paying $15,000 per employee for health care (about the national average), and it is in the 25% bracket for corporate income taxes, that means a tax savings of $3750 per employee.
That same kind of tax benefit could be given to a family that buys its own insurance. (Cash or credits could be used depending on income.)

Look at this another way. Insurers have a short term relationship with a consumer of health care. It’s a transactional relationship. So do the big hospital systems that deliver a turn-style form of medical care. It’s in and out to fix a problem. They are not aligned with the individual and his or her family who need to look at health care as a long term proposition.

But who else looks at the long term health of an individual? It’s the employer, who hopes to have good employees work for them for full careers. It can be a 40-year relationship in good companies. It can be a $500,000 dollar mutual price tag for health care over a long career. Both are looking at health as a financial asset.

Does Ryan want to lose that long term mutual concern for good health by engaged employees and motivated employers? Will insurers be a better answer?