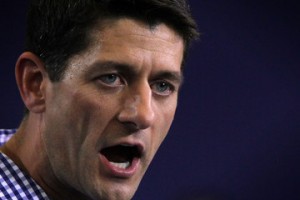 As Paul Ryan basks in media attention, mostly positive, it is wise to remember that there is no perfect candidate, just like there are no perfect people in other professional gigs. If you’ve ever managed, or if you’ve ever done a self-assessment, you know that we all have our strengths and weaknesses. In elections, you have to make an assessment on whether the candidate’s strengths exceed his or her weaknesses.

That assessment of Paul Ryan has been raging since Mitt Romney named the Wisconsin congressman as his running mate. There is plenty to chew on, including these short and long suits:

• No executive experience – Ryan, a seven-term congressman, is a creature of the legislature. That’s been almost all of his adult life. He hasn’t run an organization of substantial size. He has managed legislative staffs. He can learn on-the-job as VP, much as President Obama did in the presidency. But there is a price to be paid for managerial inexperience.

• Self-professed policy wonk – Ryan’s deep policy orientation has added gravitas to the GOP campaign ticket, which pre-Ryan was perceived as policy-light. His addition to the ticket has pulled the country into a grand policy debate on the ways and means of paying for entitlements under Medicare, Medicaid and Social Security.

• Not entirely ideological — He has shown a willingness to compromise to move his Medicare voucher proposal forward by keeping the current Medicare plan as an option for seniors. He worked across the aisle on that compromise.

• Health care reformer – Unlike most Republicans who want to repeal Obamacare, Ryan has a replacement plan. He would eliminate the corporate deduction for health care and have employees and other individuals buy health care insurance through state exchanges. He aligns with Obama on the exchanges concept. People unable to afford insurance would get subsidies. Others presumably would pick up in wages enough to buy insurance. It’s very wonky, but conceptually sound. Ryan would do well to look at the stampede of pragmatic reforms at private companies instead of just relying on beltway wonks. His support for health savings accounts has figured heavily in those private sector reforms.

• A conservative Catholic – His Catholicism will offset jitters about Romney’s Mormonism. But his small government philosophies have stirred debate in his church, where prevailing liberal Catholic dogma calls for copious amounts of government support for the poor.

• No military service – Not having served in the armed forces, there is always the worry that he will not fully understand the tradeoffs in dollars and lives when foreign interventions are under consideration. Romney has sounded like a hawk, even as the country struggles to extricate itself from fighting two wars at one time, never a good idea.

• Inexpert in foreign policy – Like Romney, Ryan has not made foreign policy his congressional focus. He has devoted himself to fiscal matters. Again, no one can be expert in all things. He has been doctrinaire on foreign policy, following the GOP party line for the most part. He voted for entry into Afghanistan and Iraq, but against entering Libya. He has been critical of the president’s exit plans from the two wars, even though those exit plans largely tracked with President George W. Bush’s timetable. He supports heavy defense spending and needs to explain why there shouldn’t be a peace dividend when we finally disengage from those two quagmires. He needs to make clear his set of litmus tests for entering future conflicts.

• Fiscal hawk – Ryan has explained better than any other political leader why we need to get our fiscal house back in order and how to go about it. He has fashioned a platform for fiscal sanity from concepts from both sides of aisle. He has shown real leadership in a Capitol full of wimps, so much so that the nation will have the benefit of an election of substance instead of the cheap shot campaign before his selection.

Like all of us, he is a mixed bag of strengths, weaknesses, good ideas and bad. Importantly, he is a gutsy, stand-up politician with real ideas for improving the country. His candidacy will force voters to think before they vote.