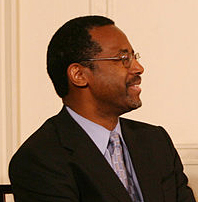 As the debate rages state by state across the country on whether to accept federal money for the expansion of Medicaid rolls, one enormous question goes unasked.

Why, oh why, don’t the political architects of Medicaid expansion include some reforms in how the program is managed?

The costs of providing essentially free health care to poor Americans are completely out of control. That is the gorilla in the room that the wonks, pundits and politicos are pretending not to see.

That is why governors are leery of expanding the Medicaid rolls; they fear a fiscal time bomb when the feds step back their contribution from 100% to 90%. More than half the governors have decided to forego the federal largesse or are still undecided.

Their fear is justified. Look at Massachusetts, where public health costs are projected to chew up 50% of the state’s budget a few years from now.

In Wisconsin, almost half of the new revenues projected to come into the state’s coffers in the next two years will be devoured by Medicaid inflation, and that’s before any expansion of the current rolls. It was the same story in the current biennium.

Fraud, misuse and over-utilization abound in the Medicaid program, all pointing to an undermanaged, misaligned business model.

The Medicaid managers act like “deer in the headlights,” unable to make moves to get out of the crisis.

The unanswered question becomes even more pregnant in light of a range of readily available solutions to the cost escalation – all proven out in the private sector.
One is consumer incentives and disincentives. Simply put, they work. They save, beyond debate, 20% to 30% in costs.

Dr. Ben Carson, a nationally known physician, recently caught flak for the perfectly reasonable concept of giving every American and Health Savings Account (HSA) at birth. He knows that a consumer-driven plan eliminates the “free lunch” over-utilization that is rampant in Medicaid.

One Wisconsin official told me there is no way it would be politically possible to give an existing poor person an HSA of several thousand dollars in return for a high deductible, even if it’s a good idea.

OK. But how about a more politically acceptable solution – an HRA, a Health Reimbursement Arrangement? That creates an account a person can draw against and can only be used for health care.

That’s what we use at Serigraph, and so do many other private companies. The taxpayers are already picking up the whole tab for Medicaid recipients any way, including the over-utilization. HRAs work just as well as HSAs in terms of creating a responsible consumer mentality.

Medicaid managers could also create proactive primary care clinics where they have a critical mass of recipients. That is the surest way to get a handle on the chronic diseases that drive costs up sharply.

One thing you learn in business is that when a business model is busted, you better figure out a better one.

The silence from the managers – question mark — of the busted Medicaid model is deafening.