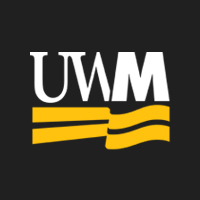 UW-Milwaukee Chancellor Mike Lovell has cooked up a recipe that he predicts will transform the “innovation ecosystem” and economy of southeast Wisconsin.

He puts his emerging research university at the center of the action, since he sees a shift in technology development from industry to universities.

“We will need universities that help us drive the economy,” Lovell told regional entrepreneurship educators at a meeting of BizStarts Milwaukee at WE Energies. Here are the ingredients of his recipe:

• Co-location of academic scientists and engineers and industry technologists. Lovell is practicing what he preaches with co-location of industry and academe at the new Innovation Campus in Wauwatosa and the new Fresh Water Technology complex on the south side.

• A healthy supply chain for entrepreneurs to sell their novel products and services into. Lovell noted that there are 60,000 businesses in the region to draw on for orders and for senior management for ventures.

• Partnerships. Lovell said they “will transform our campus and will transform Milwaukee.” He already cut such partnerships with JCI, Rockwell, GE Healthcare, WE Energies and WERC (the Wisconsin Energy Research Consortium that homes in on energy storage).

Lovell came to UWM from the University Pittsburg, where its engineering school and Carnegie Mellon University collaborated on robotics. Their co-location pulled in private companies like Microsoft and Google.

Lovell scored a similar win here last month when ABB announced it would build an R&D center on the new Innovation Campus. He also hinted that several water technology companies have lined up to co-locate with the already full seven-story fresh water center in the Fifth Ward.

Getting those hubs of advanced manufacturing, energy storage. and fresh water technology going would be huge for the region.

“I guarantee it,” the chancellor said of the transformation of the south side by the freshwater hub.

Overall, Lovell gave the region a grade of “B” for its startup climate, up from a “D” a decade ago. The subset of grades was “B” for new ideas, “A” for supply chain and available senior management and “C-“ for venture capital.

“In the last five or six years, as we’ve come a long way,” he said. We’re coming up, but we’re still behind.”